Verstappen: Russell should focus on his own car 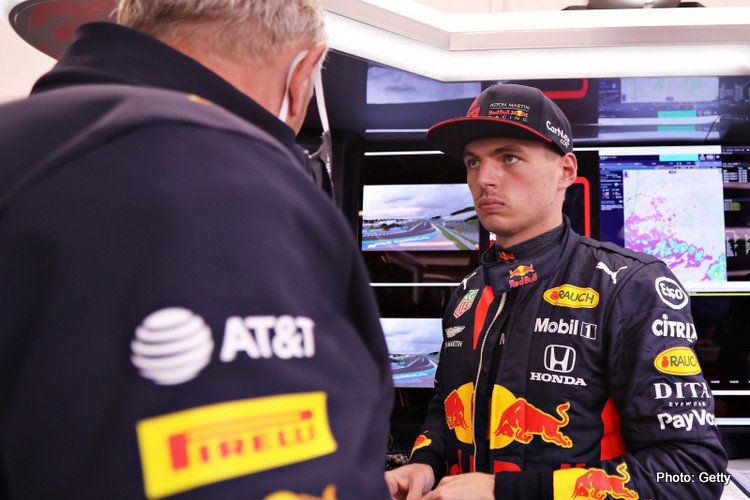 Williams’ George Russell should be minding his own business instead of commenting on the plight of Red Bull’s Alexexander Albon, says Max Verstappen.

Briton Russell, who has yet to score a point with struggling Williams after a barren debut season in 2019, qualified an impressive 12th and one place ahead of Albon.

“I don’t know what the hell is going on and I feel really bad for him (Albon) because he’s being made to look like an idiot and he’s absolutely not,” Russell said of the British-born Thai, his rival through karting and junior series.

“He’s won in everything he’s done. I don’t know what’s going on but they need to sort it out for him,” he told Sky Sports television.

Albon was heard on the radio earlier complaining to his team about sending him out into traffic for his final run in the second phase of qualifying.

“We need to figure it out a bit better,” said Albon. “There’s not much to say.”

Verstappen suggested Russell, the 2018 Formula Two champion who has a long-term deal with Mercedes, should mind his own business.

“I think first of all George doesn’t know anything about the team so it’s better if he just focuses on his car and his performance instead of speaking for someone else,” said the 22-year-old.

Verstappen was on pole in Hungary last year and had been seen as a contender for victory on Sunday but Red Bull have struggled.

“I hope this is going to be our worst weekend,” he said after qualifying seventh with a lap 1.4 seconds slower than Lewis Hamilton’s Mercedes on pole.

Verstappen said the Red Bull’s handling became “tricky” when pushed to the limit.

“As soon as you get it to that point where you are close to having a moment, it just goes,” he said, when asked about the number of spins suffered by the Red Bull drivers. “It’s just not easy to catch.”