The Morning After: Cloud 90 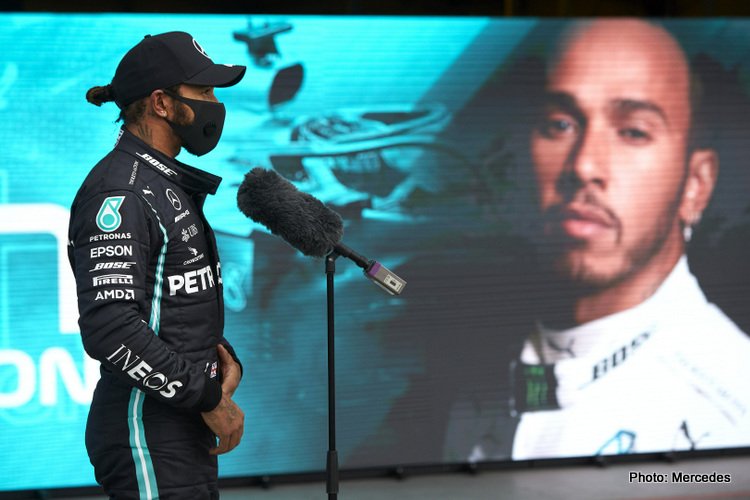 For the 90th time in his career, Lewis Hamilton seized the moment to produce a lap time quicker than anyone else on Saturday in Hungary.

Consider for a moment what it takes to earn a Formula 1 pole position. Where you can win a race with circumstances largely conspiring in your favour, on Saturdays, it’s all down to you. All the previous laps, all the practice runs, all the simulator work, all the mental preparation mean diddly squat if on that one lap – maybe two if you’re lucky – you can’t put it all together. It’s immense pressure unlike any other sport, and the vast majority of drivers will never do it once.

And then there’s Lewis Hamilton, who has now done it ninety-freaking-times. 22 more than the next-best effort of Michael Schumacher, who many understandably consider the GOAT. No, I’m not saying Lewis is better than the German – that’s an argument for another day – but if that fact doesn’t leave you awestruck, then you’re just a hater. He is a truly special talent, and it is a privilege to watch him drive.

Obviously still a long way off where they want to be, but a commendable improvement from Ferrari compared to their two previous qualifying efforts in Austria. Is it enough to save Mattia Binotto’s job? Well, that’s another question entirely…

This Max Verstappen-George Russell beef over Alex Albon is quite something, isn’t it? Personally I don’t see any issue with Russell sticking up for his friend, and this is just Verstappen finding a target to lash out-at for his underperforming car. Maybe he should be directing his ire at Helmut Marko, who talked up Red Bull’s chances basically non-stop in the offseason?

Great to see both Williams in Q2. Nicholas Latifi really hasn’t impressed me so far, but if he can at least drive the car to its expected level (I’d argue George Russell is outperforming the car), then you have the makings of an acceptable, Marcus Ericsson-esque pay-driver.

The quickest strategy for the 70-lap Hungarian Grand Prix tomorrow is a one-stopper, as has often been the case in the past. The best way is to start on the medium for 35 to 40 laps, and then go onto the soft until the end. Second-fastest is actually a two-stopper, with two stints on soft of 21 to 25 laps each, then a final stint on medium to the flag. The third-quickest is a soft-hard strategy, swapping tyres between laps 28 and 34, while the slowest is a medium-hard strategy, changing between laps 35 and 38.