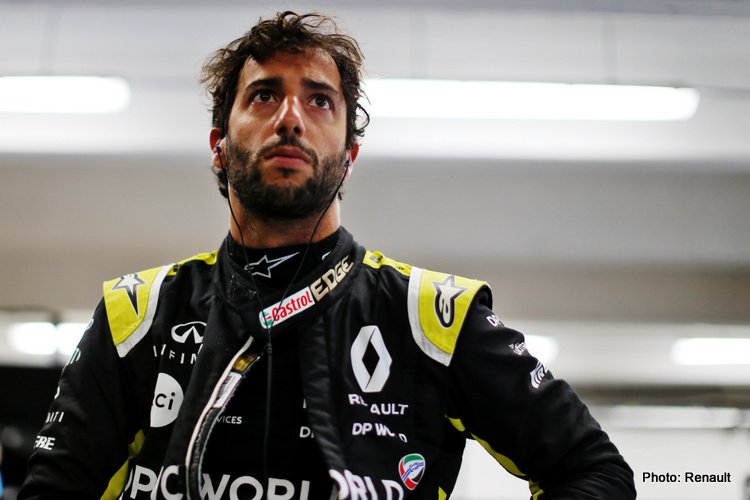 Having followed the Renault driver for a number of laps, Stroll made an audacious attempt up the inside to overtake the Australian, which result in them both leaving the track and Lando Norris getting by.

Initially the incident was sent to the stewards, but they decided to take no action.

However, speaking ahead of Sunday’s Hungarian Grand Prix, Ricciardo explained that following a discussion in the drivers’ briefing future incidents of that nature will be punished.

“If it happens again today then we swap positions,” said Ricciardo.

“I think after the facts they accepted that they would have done something different. But once Sunday night passes and Monday rolls over, the results are fixed and they can’t go back and switch positions or anything.”

The incident saw Ricciardo drop two places from sixth to eighth, with the Australian stating that he clearly did not drive off the track for “good fun”.

“There is a little bit of comfort knowing that wouldn’t stick moving forwards so I guess we can take that,” he said.

“But I just felt like at the time it should have been more clear and more obvious. Some of the conversations was also around me going off the track but obviously it wasn’t my choice. I didn’t drive off there for good fun. So we discussed that, they basically admitted they would do it different next time. It doesn’t help me now or a few days ago.”

“I think they’re aware that there’s a difference between that incident and the Leclerc-Verstappen incident last year,” he added, referring to Max Verstappen passing Charles Leclerc late on for the lead of the 2019 Austrian Grand Prix.

“And that’s the big one. It’s the same corner and it’s still a very different outcome of the incident. So I think that aligns with that now, it’s not the same as first. I think they did feel it was the same, which is why the initial penalty wasn’t given.”