Hamilton: Without doubt it is a better car than last year 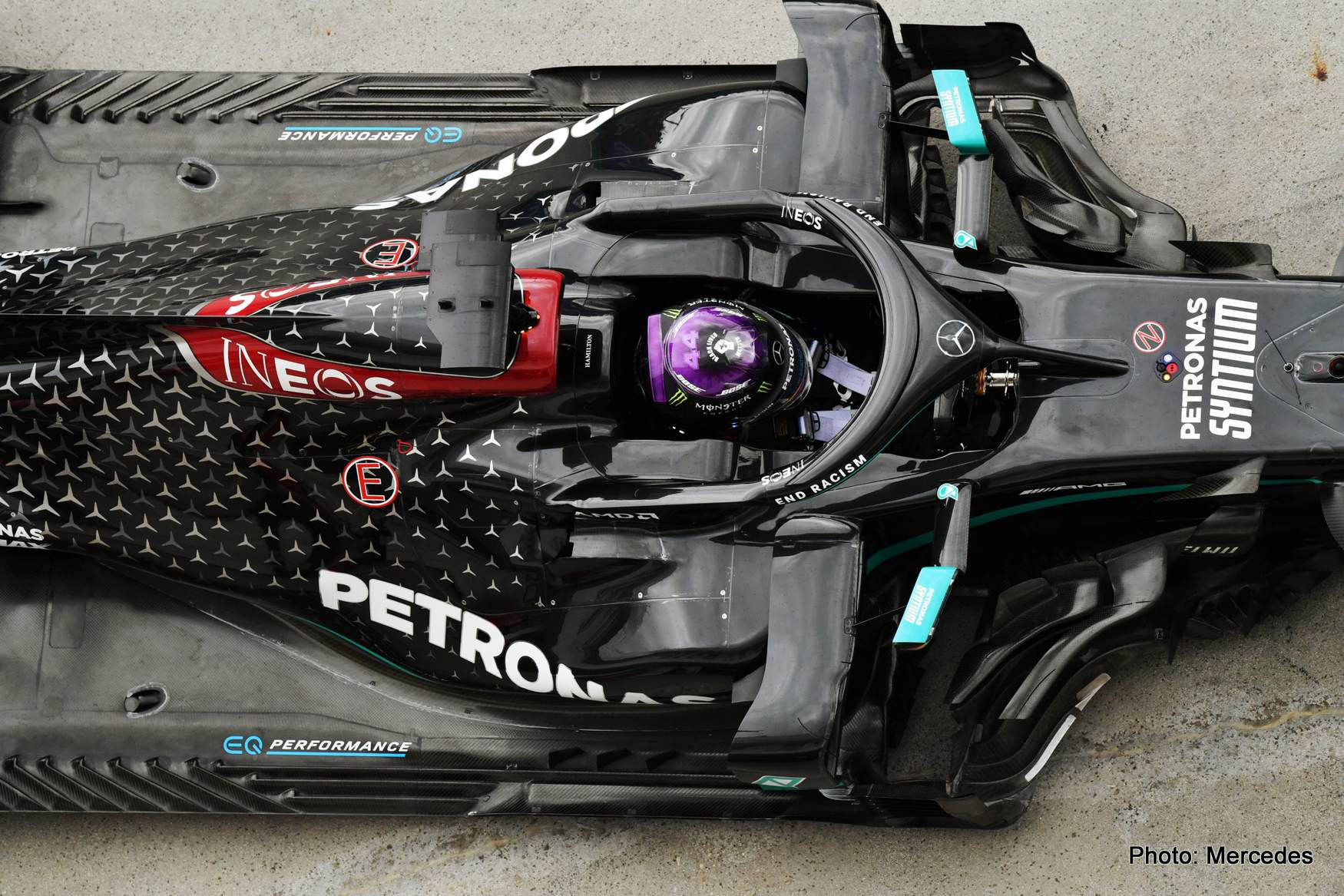 It has a fine lineage, predecessors with Formula 1 championship-winning pedigree – 12 in six years to be precise – so no surprise that the Mercedes W11 is a monster, and with Lewis Hamilton in the cockpit it is monster-squared.

In two successive weekends, Lewis has been imperious in qualifying. In wet and tricky conditions, he popped a lap for the ages to take pole by 1.2 seconds. Fast-forward a week and again he does it, on this occasion for the 90th time, with only teammate Valtteri Bottas getting close, but again not close enough.

On the day, their traditional rivals nowhere, Ferrari’s best effort by Sebastian Vettel was 1.3 seconds down on the Mercs while Max Verstappen’s Red Bull was a further tenth adrift.

Indeed, next best (third) was Lance Stroll in the similarly Mercedes-powered Racing Point, but he was almost a second adrift of the top time, nevertheless still good enough for third place.

Thus it is fair to declare that the W11 is clearly a ‘monster’ of a machine (in the best sense of the word) and Lewis admitted as much when asked if it was the best car he had ever driven.

To which the reigning F1 World Champion replied, “Ultimately, it is an evolution of last year’s car so, without doubt it is a better car than last year.

“We go through a whole season and during the season Valtteri and I work closely together to point out the issues and the limitations with these cars.

“We work closely with our engineers to advance it and, with the designers, we have quite a lot of meetings back at the factory together to make sure we leave no stone unturned,” added the Briton who will be hunting his 86th Grand Prix victory, and his eighth in Budapest.

Valtteri Bottas did his bit to make it a one-two for the team and echoed his teammate, “Working very united and so many talented people and when the team works very synchronised, the results are going to be good.

“Obviously it comes also from the top, how the team is led. Different people in the correct positions makes a big difference. I think as a team I can see everyone just peaking, weekend after weekend, year after year, which is really enjoyable and really impressive to be part of,” said Bottas.