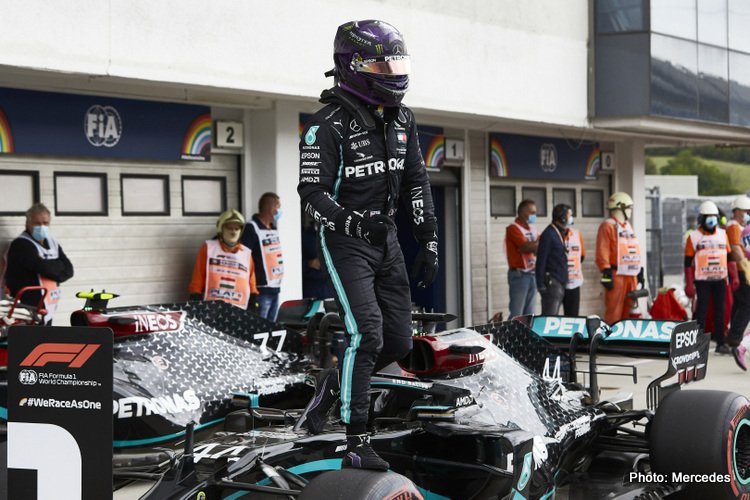 Lewis Hamilton reached the unprecedented milestone of 90 Formula 1 pole positions during qualifying for the Hungarian Grand Prix this afternoon.

The six-time world champion, who is now in his 14th season in Formula 1, finished just a tenth clear of his Mercedes teammate Valtteri Bottas.

Hamilton started his Formula 1 career in 2007 and has secured at least one win and one pole position in every season he has competed.

His record of 90 poles leaves him 32 clear of Michael Schumacher in second place, while he is just six race wins behind the German’s record of 91.

Asked how it felt to reach such a milestone, the 35-year-old said: “I just have to pinch myself, it doesn’t register. It’s quite humbling to be honest because I get to work with an incredible group of people, who without I wouldn’t have the opportunity to do so. So massively thankful to everyone back home and everyone here who does such an amazing job.

“Valtteri doesn’t make it easy for me at all so it requires absolute perfection when doing laps and qualifying like that is one of the things I enjoy most.”

The Brit took his first ever pole at the 2007 Canadian Grand Prix, which he converted to his first win, and took a total of six poles during his first year in the sport.

Surprisingly, Hamilton’s best single season for pole positions was actually 2016 during which he lost out to his teammate Nico Rosberg in the battle for the world championship, where he secured pole on 12 occasions.