Hamilton: I still have to deliver, I cannot just show up 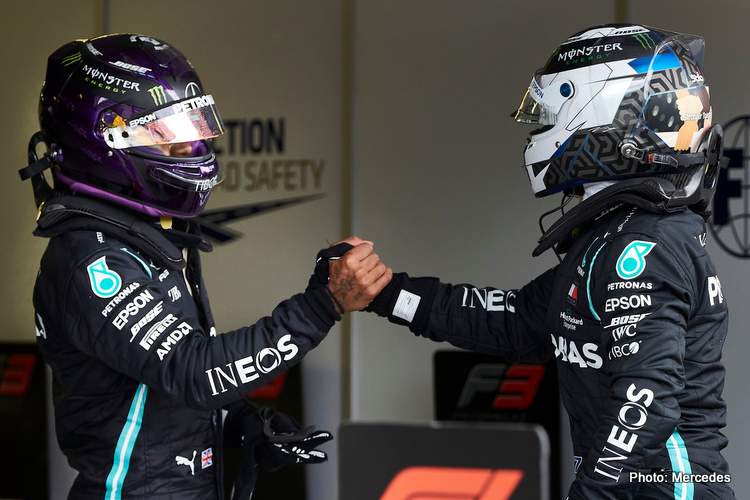 Mercedes driver Lewis Hamilton reached another remarkable Formula 1 milestone on Saturday, all the while protesting that he was not one for numbers, with more in his sights on the road ahead.

The numbers certainly add up for the six times world champion, whose record-extending 90th career pole at the Hungarian Grand Prix seemed to come as something of a surprise to the Mercedes driver.

“When I was driving into the pitlane and I saw 90 up there I didn’t… I completely forgot that I had 89 before,” the Briton told reporters after qualifying.

“I’ve been living my dream since I’ve been in Formula 1 and… it just doesn’t seem real. What I have to remind myself is that every single weekend I still have to deliver, I cannot just show up.”

Hamilton’s qualifying record, like his dominant Mercedes car, is in a league of its own.

The 35-year-old has achieved a pole in every one of his seasons in the sport, starting in 2007, and nobody else comes close to his prowess.

In his own words, 90 poles is a surreal number, “Crazy! I have to pinch myself. It just doesn’t register. It’s quite humbling to be honest.

“I guess to work with an incredible group of people, without whom I wouldn’t be able to have the opportunity to do so. So massively thankful to the everyone back home and the guys here who do such an amazing job.

“And Valtteri doesn’t make it easy for me at all. It requires absolute perfection when it comes to doing laps and qualifying like that is one of the things I enjoy doing most,” added the reigning F1 World Champion.

There are, of course, many more races now than in the old days and it is hard and unfair to compare eras but the next man after him in the all-time lists is Ferrari great Michael Schumacher on a ‘mere’ 68.

Brazilian triple world champion Ayrton Senna, Hamilton’s boyhood idol who died in 1994, took 65. Ferrari’s Sebastian Vettel, a four-time world champion, has the next most by a still active driver, with 57.

He and Schumacher already hold the record for most poles in Hungary, seven, and Hamilton can equal the German’s record of most wins in the same grand prix if he chalks up an eighth in Hungary on Sunday.