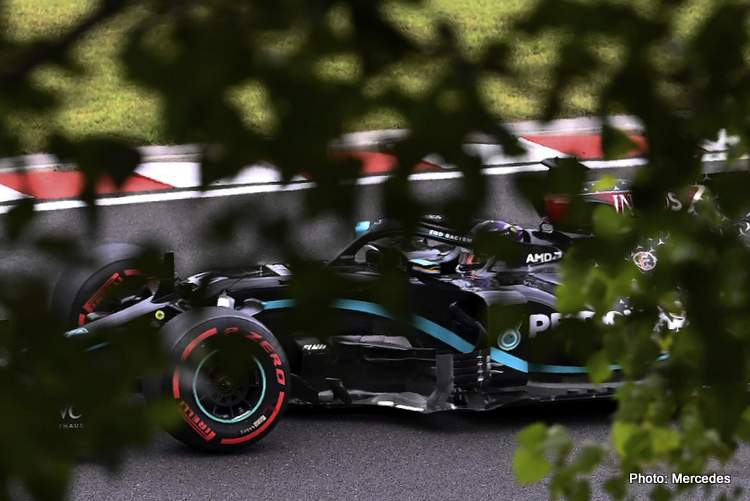 The novel coronavirus pandemic may have kept Formula 1 fans away from races this year but at the third grand prix of the season, in Hungary, diehard followers dotted the hills around the Hungaroring.

Zoltan Toth, a mechanic from eastern Hungary, checked into his usual campsite, donned his old blue-and-white mullet wig on a bald scalp, a traditional Magyar costume, with a black “Formula 1 fan” vest, and on Thursday began celebrating the race as he has done for the past 20 years.

“I have followed (Finnish driver) Kimi Raikkonen ever since he began to race and became a huge fan,” Toth said. “I have seen every race here in every year, and I won’t stop just because the Ring is closed.”

Kamaras Ring House and Camping is on a steep hill next to the arena, with a decent view of the track. The campsite operators and some guests have set up TV sets to follow the race and feel the unique atmosphere — one even brought a 20-metre elevated platform.

As Mercedes’ Valtteri Bottas won the third practice session inside, fans like Toth savoured every loud whine of the passing engines.

The camp site’s history is interwoven with the circuit’s. The Kamaras family had owned part of the land that was given over to the Hungaroring in the early 1980s.

Once Communism fell and the state offered compensation, the Kamaras family knew just which plot they wanted – on the hilltop next to the track.

“My parents loved the view, how you can see a hundred kilometres form here,” said Kamaras, also a huge Raikkonen fan. “Me, I look closer, just down the hill, at the race cars.”

Today, a recently-built house – complete with Formula 1 decor and memorabilia – and the large camping area serve as base for fans during Formula 1 weekends and throughout the year.

Although nearly all bookings for 2020 were cancelled when the coronavirus hit Europe, the owners were undeterred.

With the first wave of the pandemic largely under control and a truncated season under way, fans began to trickle back and on Sunday they expect a big party on race day.

“We were touring in the Tatra mountains in Southern Poland,” said Maciek Kaminski, who arrived in a custom-built camper van with his girlfriend and their cat.

“It’s four hours’ drive from here so we thought, why not? We found the perfect spot here.”