Vettel: We seem to be a bit more competitive 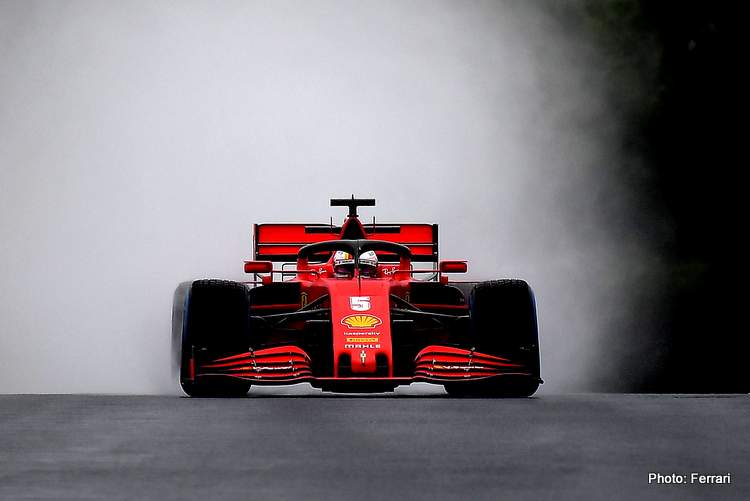 It’s apparently not all doom and gloom over at Ferrari if you read Sebastian Vettel’s debrief notes after the first day of the 2020 Hungarian Grand Prix, in the wake of the team’s implosion in Austria five days ago.

Maranello got their sums wrong in the making of the SF1000, failing to understand the car for which they fast-forwarded updates only for it to be a step backward as we all saw in the hills of Spielberg.

Amid the gloom of another Maranello crisis, Vettel found some inspiration on Friday, “We did more laps than others in the wet, because after the weaknesses we showed last week, we need to understand the car a bit better.

“We need laps to gain confidence in the car. It’s not a secret that there’s still a lot of homework to do, but overall we seem to be a bit more competitive.

“This track should be a bit better for us and let’s hope that’s the case, but we won’t know until we hit qualifying. The weather looks like being changeable in the next few days, but if it’s dry like Austria, it’ll be ok as we were also good this morning on a dry track. I am looking forward to tomorrow.”

Like all teams, the wet FP2 session scuppered any plans to evaluate updates which were scheduled for the 90 -minutes afternoon session, and instead opted to put in the mileage to further come to terms with the finicky car or PU or a combination of both.

Vettel ended the day quickest in what was a meaningless session in terms of lap times, but will nevertheless be a positive day for the German who has had too few of those of late.

The four-time F1 World Champion will be looking to add to his two victories for Ferrari at the venue in 2015 and 2017.