Verstappen: We still have work to do to match Mercedes 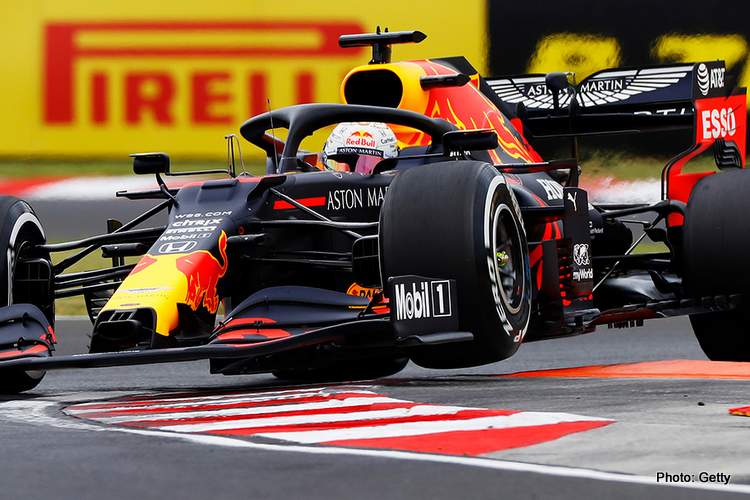 Red Bull need to raise the ante in Hungary this weekend, but day one of the 2020 Hungarian Grand Prix action was hardly what they would have scripted for their drivers Max Verstappen and Alex Albon.

Their Dutch star, long overdue a car to consistently challenge for wins, was only good for eighth in FP1 a massive 1.4 seconds down on the pace-setting Mercedes duo, while Albon was 13th in among the Haas boys!

Verstappen said afterwards, “FP1 was not what we wanted and we have a lot to look into. It’s a shame that it was raining this afternoon for FP2 because we already had a few things to change and we could have had a good comparison to work from.

“Luckily, we have overnight to look at the data and for sure we will make some changes and try to improve the overall balance for tomorrow,” which is wishful thinking as their rivals are also likely to find more time as the weekend evolves.

The Blues have not got off to the season start they would have wished for, reliability cost Max dearly in the opener and right now those much needed Honda horses need to come to the fore, as patience is surely running out in whatever camp is not delivering.

Max pointed out in his end of the day review, “There are strong areas to our car but we still have work to do to match Mercedes.”

Rain on Saturday and Sunday might level the playing field somewhat but not to be taken for granted considering Lewis Hamilton’s supremacy in wet conditions last week during qualifying in Austria.

The W11 is comfortable in the dry and the wet like great cars tend to be. This is one of those with a rich lineage of predecessors as its pedigree.

His teammate Alex Albon has struggled to match his teammate in the sister car, the Thai driver ending the only dry session three-tenths of a second off of Verstappen’s best effort.

Albon reflected, “The weather has been hurting us as we’re trying to understand the car at a new circuit after two weeks at the Red Bull Ring. FP1 wasn’t ideal and then with the downpour, we couldn’t exactly try anything for FP2. We’ll have a look through the data from this morning and see what we can do for tomorrow.

“I think the car is lacking a bit of predictability, not so much in one corner or sector but just little bits everywhere. There have definitely been places where we’ve made improvements, like at R02 compared to R01, but it just hasn’t followed through to here like we would have expected.

“The weather looks mixed for the weekend but I’d prefer it to be dry so we’re able to learn and make progress,” he added.

The last time Red Bull won at Hungaroring was back in 2014 when Daniel Ricciardo triumphed in their colours; Verstappen’s best result at the venue was second place last year.