Inside Line: Why Binotto? Rather fire Elkann and Camilleri 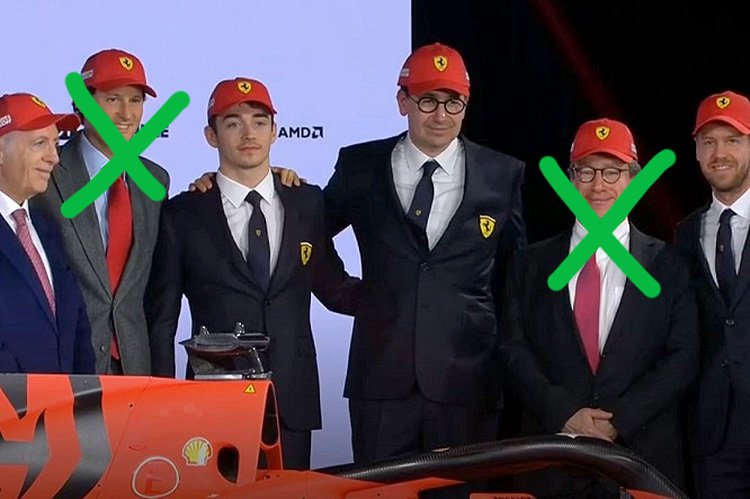 So the Italians are calling for Mattia Binotto’s head, the team plunging to an all-time low with the first lap collision during Sunday’s Styrian Grand Prix that eliminated the (frankly) shit cars of Charles Leclerc and Sebastian Vettel.

While The Little Prince’s stupid move and his, now boring, grovelling apology grabbed the headlines which simply disguised the truth of the matter: the Ferrari SF1000 is rubbish.

Blaming the crisis on Mattia is totally injust because it is the AWOL of capos John Elkann and Louis Camilleri that are at the crux of the problem at Maranello.

Elkann might be a whizkid businessman, but the Agnelli scion is clueless about running a Formula 1 team as his hands-off approach indicates. And let’s face it every time he says something F1-related we cringe and wish he hadn’t.

Camilleri too, his observations are that of a guy that watches F1 while reading the Sunday paper. Considering his position and entitlement to information his soundbites suggests he does not even read the team debrief notes or watch Sky Italia coverage.

How about this: “It’s clear that we have to improve on all fronts. The only solution is to react, and I’m pleased by the immediate reaction and the work that Mattia and all his team are putting in at every level.

“We are at the start of a new cycle with a long-term plan. Any setbacks will certainly not change our chosen course, and I have every confidence in Mattia and the team in addressing our shortcomings.”

And that’s before the rushed bits that failed spectacularly at Red Bull Ring last Sunday.

The question is do Mattia and the team have every confidence in Louis and invisible John?

Mattia is not the problem, in fact, he is part of the only solution which is to plonk him head of engineering and technical, keep him in that role which he excels.

AND allow a second team leader to deal with the bullshit.

Yes – bullshit – the journos, the driver feuds, the sponsor commitments and everything that goes with running the Scuderia, arguably the toughest job in sport needs and not a one-man show.

Neither Camilleri or Elkann breed confidence in they filling the role that Luca di Montezemolo filled with such passion and commitment, allowing the always under pressure (from Italian media) team boss at the time Jean Todt to deliver the goods with his team.

The engine room was out of the firing line for Luca held court whenever needed, and that was that.

Toto Wolff, arguably the smartest guy in F1 and architect of the most potent racing team in the sport’s history had the essential Niki Lauda at his side, not calling the shots but rather dealing with the bullshit in his unique way.

At McLaren, Zak Brown has done the same thing with Andreas Seidl running the tech shop and the team boss fielding the fluff impressively.

Ditto Red Bull where Helmut Marko and Christian Horner protect Adrian Newey. The frontline of leadership has to be solid and if it takes a couple of guys to be the generals, then so be it.

Ferrari’s current duo are so removed from the scene that their absence should be questioned by the board, the underperformance and rapid spiralling of form has been under during the Elkann-Camilleri era.

On current form, the pair should be fired on the spot, but nepotism probably does not allow for that. One assumes rich kid Elkann will remain where he is irrespective of his performance, while Camilleri will probably stay and do whatever he does in the car division.

Who to lead the F1 team?

A quick-fix would be to get Luca back, even for the short term just to shield Mattia from the ever-brightening glare of attention so that he can go do his job 247 until they fix the SF1000 shitbox.

At 72 one imagines he might scoff at the idea, but I would wager he would embrace the role and do it for free for the racing runs in his blood, unlike the two guys who took over where once he reigned.

He won’t fix things alone, but he will provide that shield that Mattia so desperately needs to get his car to work.

As it stands now, Mattia has been neglected (plus abandoned) by Elkann and Camilleri and is being set up to be the fall guy which, considering his talents as an engineer, his decency as a person, is a total travesty and smells of bad teamwork at Maranello.

The culprits are putting the noose around the wrong guy, shame on them.