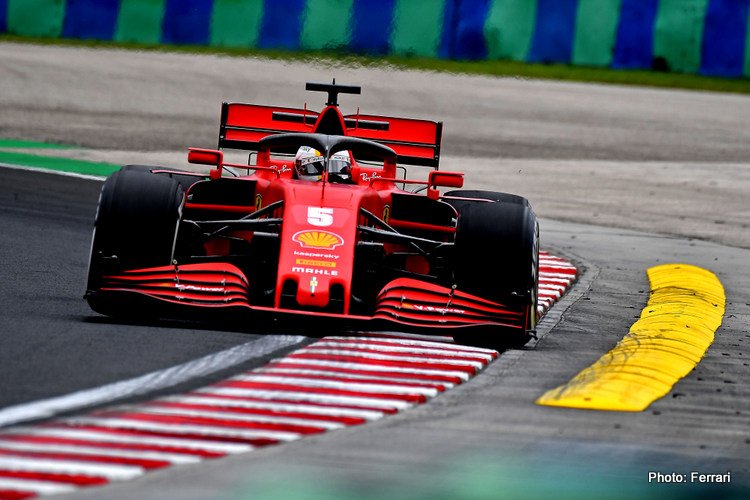 Making the most of the unusual circumstances, Sebastian Vettel and Ferrari returned to the top of the timesheets in second practice for the Hungarian Grand Prix on Friday.

Leading the way in the rain-affected session with a time of 1:40.464, Vettel delivered the Scuderia their best ‘result’ since the 2019 Formula 1 season, although it has to be taken with more than a few grains of salt.

Of Vettel’s competition, only Mercedes rival Valtteri Bottas ran in earnest, finishing 0.272 seconds behind the German.

Max Verstappen, both Renaults and Lewis Hamilton all only made fleeting appearances on the track, with no real need to risk pushing their cars in tricky conditions that are unlikely to be replicated come Saturday and Sunday afternoon.

Indeed, only thirteen drivers total set a time, and of those who did, only three managed to reach double-digit lap counts — Vettel, his teammate Charles Leclerc, and his old stablemate Kimi Raikkonen.

Consequently, the pecking order was slightly askew, as while Carlos Sainz, Lance Stroll and Sergio Perez can all make legitimate claims to their finishing spots three-through-five, Pierre Gasly in P6, Romain Grosjean in P8 and Raikkonen in P9 will be hard to replicate under normal conditions. 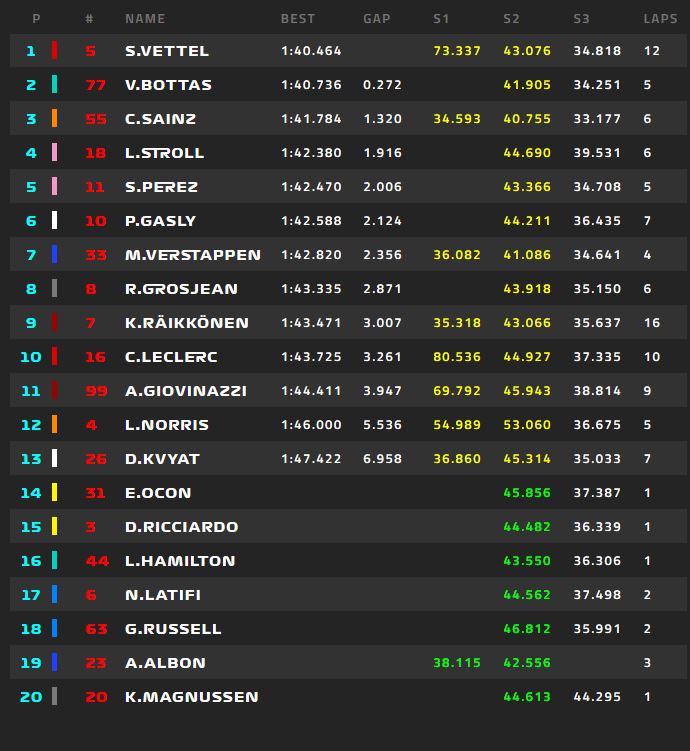