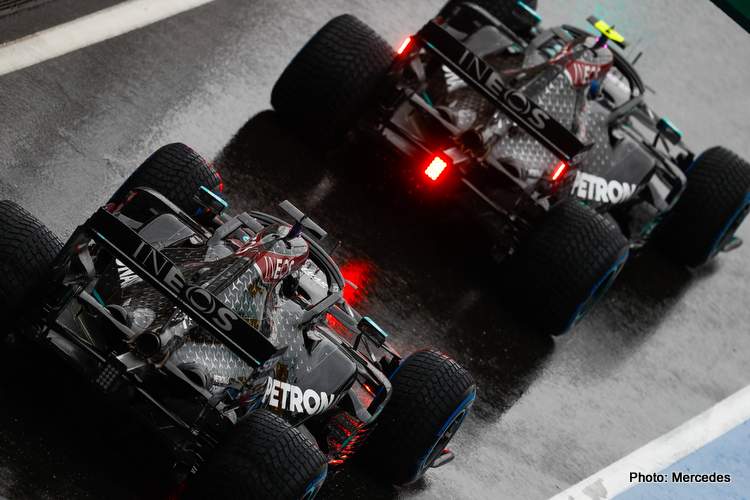 With a proven race winner at his disposal, Mercedes driver Lewis Hamilton is hoping rival teams will close the gap to the World Champions and make him work hard his money this weekend.

In his Friday practice review, Hamilton said as much, “Looking ahead to Qualifying tomorrow, I think it is going to be a lot closer as it’s not such a power-dependent circuit. I’m hoping for a tighter pack, it’d be great to see the Renaults doing well, the McLarens are doing a fantastic job, as are the Racing Points, it’s really exciting to see. We also expect Red Bull to be strong, so I anticipate a tough battle with them.

The reality is that the World Champs are in ominous form, and arguably in a better position than they have been for some time at this stage of a season. Two wins out of two and who will bet against them doing the business on Sunday in Hungary?

Hamilton added, “We got everything done that we needed to in the first session. The car felt good out there in FP1 although there was still some work to do, so we made some changes for the second session – then it rained, so we’ve still got learning to do tomorrow.

“The wet conditions in FP2 didn’t really leave us with a lot to do, so we just completed an installation lap on the Intermediate tyres. This is such a great track to drive in the dry, but it’s very tricky in the wet and it felt quite low grip out there,” said the man who blitzed everyone comprehensible when he scored a famous pole in qualifying at Red Bull Ring last Saturday.

Valtteri Bottas, who has never won in Hungary, also got good vibes from the W11, “The car didn’t feel too bad in the dry today in FP1. It seemed like we were in a good place balance-wise, although I was struggling with a bit of understeer but that can be fixed, and I think it wasn’t a bad start.”

Finally the team’s trackside engineering director Andrew Shovlin had his say and confirmed all is well in the Silver (Black?) camp, “The car was working well; both drivers were happy with the balance on Soft and it was quite easy to bring the tyres in. We thought we’d look quick on those runs by virtue of being on softer rubber than our competitors.

“However, it was a bit surprising how competitive we were on the second runs. With Lewis on the Hard tyre and Valtteri on the Medium, they were both able to beat their previous times and ended up first and second in the order. You never know fuel loads and Power Unit modes until Qualifying, but we do look to have made a decent start. The long-run pace seemed fine,” added the Merc engineer.