Haas: The elephant is in Grosjean’s room, not in our room. 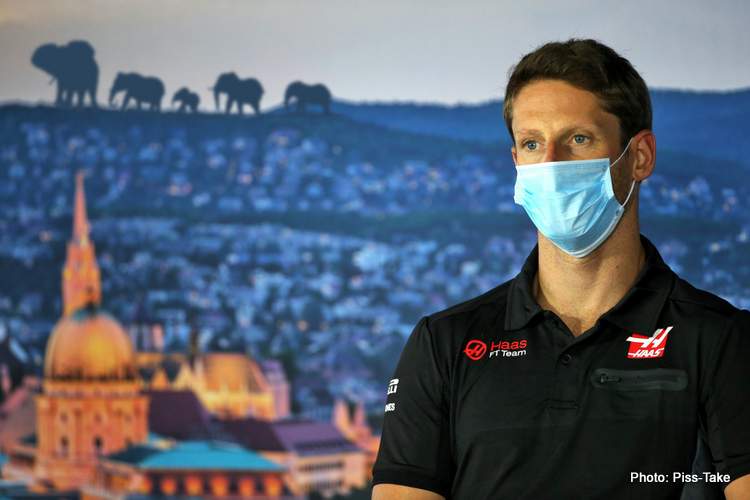 Romain Grosjean and Haas Formula 1 team boss Guenther Steiner each detected a metaphorical elephant in the room at the Hungarian Grand Prix, while pointing at the other’s house.

Grosjean had told reporters on Thursday, when asked about his future, that the big issue everyone could see but nobody wanted to discuss was whether Haas would be staying in the sport.

“Let’s get rid of the elephant in the room, is Haas going to be here next year or not? That’s obviously the question,” claimed the French veteran.

Responding on Friday to Sky Sports F1 television, Steiner told reporters that Grosjean had given the wrong answer. “He was asked what he’s doing, and he spoke for the team. I think the elephant is in his room, not in our room.

“We know what we want to do, and if we are here or not, that will be just decided once we sign the new Concorde (Agreement) but everything is on the way that this will happen.

“So I’m still confident that we will be here. So I think the elephant needs to go out of the room, and into Romain’s room,” said Steiner.

The agreement governs the commercial side of the sport, with the current version running out at the end of the year but set to be replaced with one that creates a more level sporting and financial playing field.

Grosjean is 34 and facing an uncertain future at a team he joined from Lotus at the end of 2015. Denmark’s Kevin Magnussen is the other driver.

Steiner has been a star of Netflix’s ‘Drive to Survive’ behind-the-scenes Formula One documentary series, standing out for his forthright opinions and explosive reactions to setbacks, often involving Grosjean.

Haas have yet to score a point in the first two races of the 2020 campaign.