Allison: The gap looks bigger than it truly is 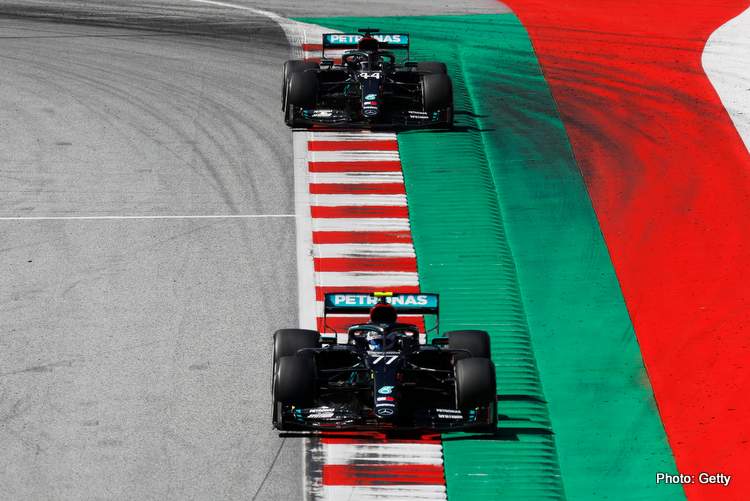 Formula 1 champions Mercedes risk being ‘swallowed up’ by rivals if they lose concentration, the team’s technical director James Allison warned on Friday despite a dominant start to the season.

The Briton, whose team have won the first two races after taking six successive drivers’ and constructors’ titles, said the campaign would be no “easy cakewalk”.

“It doesn´t feel like that sitting in our shoes,” Allison told a video news conference ahead of Sunday’s Hungarian Grand Prix.

“In our shoes, we think OK, we went to Austria, a track that we haven’t been strong at in the past and we had a decent performance in the second race but we were in a fistfight in the first.

“And we’re now at a second track where we ran on greasy cold asphalt against Red Bull, who were clearly not running their engine at the same level of power that we had chosen for that session, and the gap looks bigger than it truly is.”

Six-times world champion Lewis Hamilton, who has won a record seven times in Hungary, was fastest in a dry opening session at the Hungaroring before rain limited running in the afternoon.

Red Bull’s Max Verstappen was meanwhile 1.432 off the champion’s pace, but Allison was not taking any false comfort.

Allison cited the example of the second Austrian race at the Red Bull Ring, where Hamilton struggled on the Friday while Verstappen set the pace.

“We were beaten handsomely in free practice on Friday because we weren’t paying enough attention,” said Allison.

“And if we don’t pay enough attention, either to how we approach each race weekend or how we develop the car through the year, we’ll get overrun very, very quickly.”