Albon: No need to panic 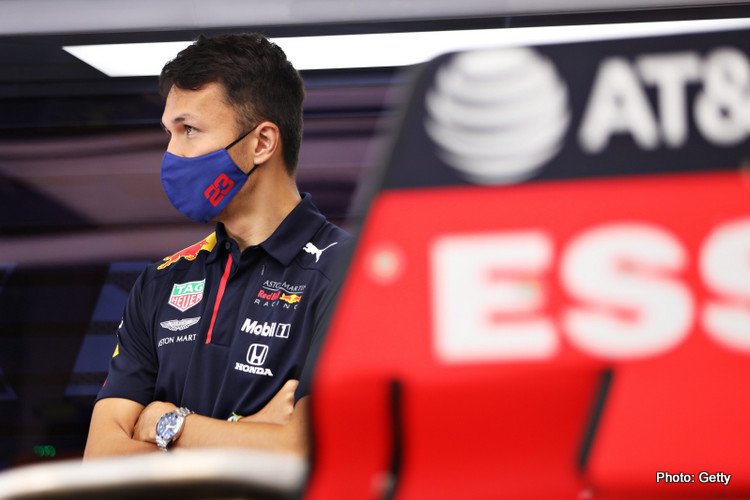 Alexander Albon says there is no need for concern despite the gap between himself and teammate Max Verstappen so far in the 2020 Formula 1 season.

Across the first two weekends, Albon has struggled to match the performances of his Red Bull teammate, being comfortably out-qualified and trailing in both races.

“It was one kind of poor start to the race in race two and that was more or less the main issue,” he said ahead of this weekend’s Hungarian GP. “So I don’t think there needs to be a panic.

“It’s just managing the tyres a bit better and knowing when to push, when not to push. That’s more or less it at the moment. I think once I get a bit more comfortable with a car the pace will come as well.

“I’m improving each time. I think coming here we have a much better understanding of the car, the car’s feeling good, it’s just about being up there and being consistent with it.”

“Alex is improving with experience, he has a good feel for what the car is doing and that’s very encouraging,” he said. “We all want him to succeed and let’s not forget he’s only done 11 races with the Team whilst Max is in his sixth season.

“Alex has taken a lot of lessons out of Sunday’s performance, so I don’t think he should be down in any way because he actually equalled his best race result in Formula 1 [fourth] and scored the Team a solid amount of championship points.”

Taking over for the underperforming Pierre Gasly midway through the 2019 season, Albon is well aware of the stakes that come with his position, and suggests the pressure hasn’t increased in 2020.

“It’s still the same. Formula 1 is Formula 1, every driver is under pressure to perform.

“Of course I know I’ve got to do a good job, but it’s been like that since I’ve been eight years old so nothing really changes.”