Wolff: Red Bull will be very hard to beat 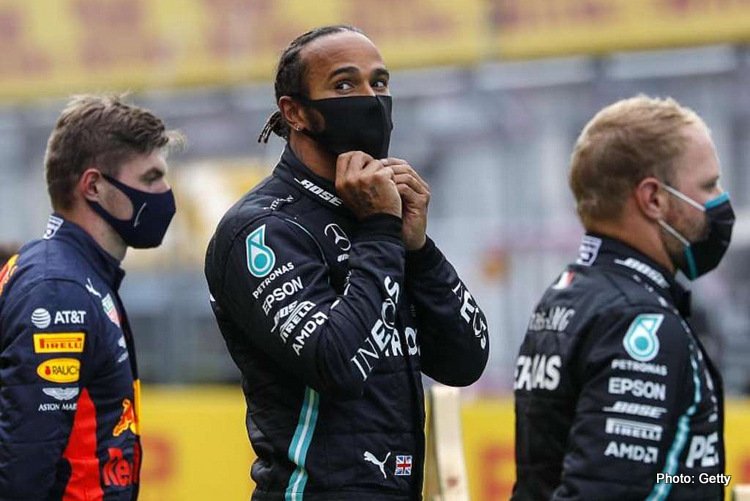 Black is Beautiful for Mercedes whose newly liveried cars have picked up two wins in two races to kick start their season in the best way possible, Valtteri Bottas winning the opener despite technical issues and Lewis Hamilton dominating a week later.

They left Red Bull Ring in ominous form and much of the same can be elected in forthcoming rounds, but typically team boss Toto Wolff will not rest on the Spielberg laurels and points to Red Bull as the team biggest threat.

Ferrari imploded last Sunday, apart from having a dubious car in the SF1000 their drivers were like Laurel & Hardy on lap one of the race and all but put them out of the reckoning this season as their updates took their car back in time.

Step up Max Verstappen and the Bulls to keep us entertained for the rest of the season, Wolff agrees, “The Hungaroring has always suited Red Bull and they’ve shown their strength in the slow corners again this year, so they will be very hard to beat.

“Given the calendar changes this year, the Hungaroring is set to be the highest-downforce track in 2020, so it will be interesting to see whose aero package delivers the most at this track.”

Mercedes had issues on route to the first win, which they sorted in time for their cars a week later, and the updates worked unlike their Red rivals. Hence the W11 was bullet-proof and extremely handy in both wet and dry conditions, particularly in the hands of their reigning World Champion

Wolff credited the factory, “We put a lot of effort into finding reliability solutions between the races and it was an impressive team effort to deliver them in time. That was echoed by the strong work from the team at the track, all of which ultimately rewarded us with a 1-2 on Sunday.”

On Saturday Hamilton treated us all to a stellar lap in conditions that set him head and shoulders above his rivals, a lap for the ages we called it which Wolff acknowledged, “Lewis’ pole lap in the rain was one of the best I’ve ever seen.

“His performance in the race was flawless. Valtteri had a harder time on Saturday, but his damage limitation on Sunday was successful.”

But the ever wary team boss added, “Two wins from two races might sound like the performance picture is clear, but that’s far from the truth. We’ve only raced on a single track so far and it is way too early to make any assumptions.

“The next race in Hungary will be a different scenario and we’re expecting a challenging fight. The first two races this year have been highly entertaining and I’m looking forward to another exciting race weekend to conclude the first triple-header of the year,” concluded Wolff.

Mercedes have already shattered most records in the sport, their driver Lewis Hamilton set to become the most successful driver of all time (statistically) in the near foreseeable and together they could make it fourteen F1 titles in seven years.