The Braking Point: Vettel and Aston Martin, a perfect match 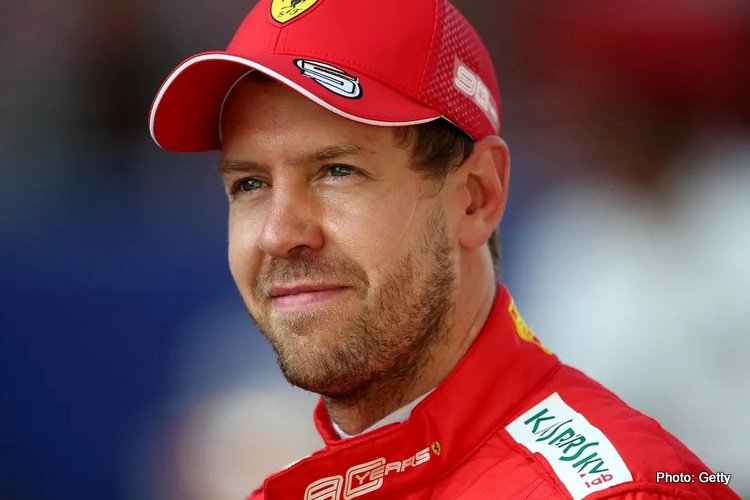 According to multiple reports in the past few days, the possibility of Sebastian Vettel continuing his Formula 1 career with Aston Martin next season is looking increasingly likely.

Dumped by Ferrari for a younger model in the shape of Charles Leclerc at the start of this year things were looking bleak for the four-time world champion, with very few attractive seats on the grid being available. In just the last few weeks, Fernando Alonso was snapped up by Renault, while Mercedes signalled their intentions to stick with the Lewis Hamilton and Valtteri Bottas partnership for another year.

However, with talks said to be ongoing the prospect of a Vettel and Aston Martin link up is looking likely. And given the performance of this year’s Racing Point (who become Aston Martin ahead of the start of the 2021 season) in comparison to Ferrari, the German might think he is moving up in the world.

As far as I can see, dropping Vettel was an understandable but slightly unfair decision. The 33-year-old lost out to his younger teammate in Charles Leclerc and made a few mistakes along the way, but also put in a number of strong performances that show he still has excellent pace.

With two pole positions, one win and nine podiums, in just one season he bettered the tally that Racing Point’s current line-up have managed during their entire careers. And this was in a car that often looked the third fastest on the grid.

As Racing Point look to transform themselves from the plucky underdogs into a consistent front-runner with a household name above the factory door, Vettel is exactly the type of driver they need. Not only does he have an immense catalogue of statistics behind him, but he has also operated within two of Formula 1’s biggest teams. He knows how best to set up a car and he knows what sort of standards need to be set.

With the road car side of Aston Martin struggling once again, who better than to help bring the name back to prominence than one of the most popular and successful drivers on the grid. I can see the 005 branding already.

From Vettel’s perspective this is certainly a move that can help him rediscover his best form. It is no secret that the pressure surrounding being the number one at Ferrari has weighed on him and looking at this season so far, you can imagine he cannot wait to leave. Alongside either Lance Stroll or Sergio Perez, he would likely be the undisputed number one and team leader, while the team will look to him for guidance and advice.

The disappointment of failing to live out his Ferrari dream is something that will likely stay with Vettel and perhaps places a certain impression on his career that many will not forget. However, this is the ideal opportunity to enjoy a mid-30s renaissance where he can truly recapture his best form.

Speaking to the media in recent weeks, it is clear that Vettel is not done yet and it appears that Racing Point too know that he still has plenty to offer.

Of course, the added complication to this deal is the internal politics that could play out as the team look to remove one of their existing drivers. Sergio Perez is clearly the better and more consistent performer, but Lance Stroll is the owner’s son. Both bring money to the team in the way of sponsorship, but it is also fair to assume that Perez collects a larger pay cheque.

In deciding who to keep, the team will give off as much of a signal about their intentions as they will by signing Vettel. By keeping Stroll and cutting Perez loose, that impression is likely that they are as much a play thing for a billionaire’s son as they are a serious racing team.

This is not to say that Stroll is talentless or even undeserving of a spot on the grid. But when you are asked to choose two drivers from Stroll, Vettel and Perez, that decision is made for you.