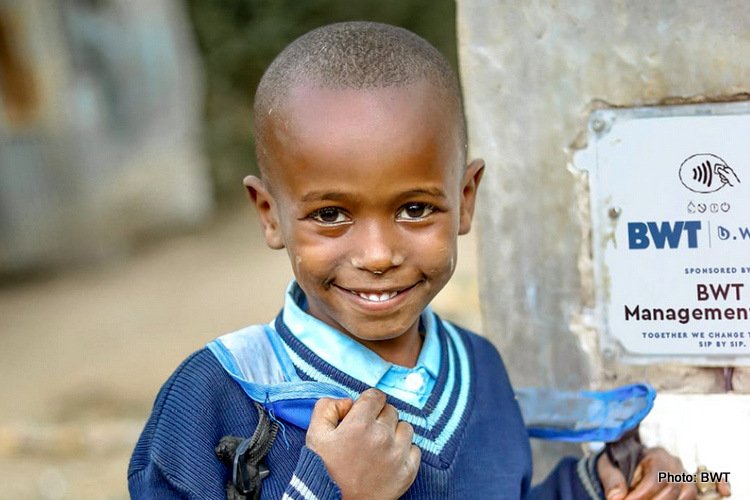 With two races down, Racing Point drivers Lance Stroll and Sergio Perez have guaranteed three water wells will be built in the tenth poorest country in the world – Gambia.

With Racing Point in fine form this season, with a car capable of points in every race and even podiums, we are all hoping that they have a bullet-proof season in their pink cars and both cars finish in the top ten, in every race held in 2020.

With the Austrian double-header out of the way, Lance and Sergio triggered the building of the first wells, as set out by the noble mission by Lawrence Stroll’s team and partners.

When the project launched earlier this month, that Mission was laid out:

“We’re proud to pledge our support for the BWT b.Water Mission – providing sustainable, accountable and maintainable water systems in Gambia.

“Lance and Checo will be fighting for more than just Championship points this season – they’ll be on a mission to help communities across Gambia have clean, safe drinking water.
‍
“Starting with the opening round of the Championship in Spielberg and continuing throughout the 2020 Formula 1 season, BWT will build a well in the villages of Gambia for every time Lance or Checo achieve a top 10 race finish.
‍
An Important Mission
‍
The BWT b.Water Mission – a project of the AQA Pearls Foundation by BWT – is a cause close to the heart of BWT CEO Andreas Weißenbacher, with valuable work having already been underway over the past two years.
‍
Having already teamed up with its brand ambassadors in ski jumping through the BWT Distance Award, Racing Point becomes the latest BWT partner to use sporting performance as a platform to contribute to the project.
‍
The principle target of the initiative is to build a total of 1,000 b.Water Mission taps in the years to come.