Renault: Encouraged from what we have seen from the car 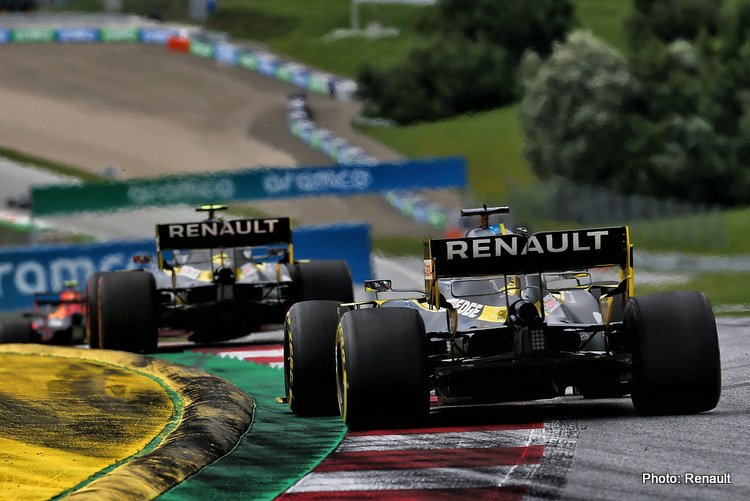 Drivers Daniel Ricciardo and Esteban Ocon and Chief Race Engineer Ciaron Pilbeam share their thoughts on the third race of the season in Hungary.

Daniel Ricciardo: “I can’t wait to get back to Budapest. I’m glad it’s on the revised calendar as it’s one of my favourite circuits. I’m pumped to have a good one this time around and trying this year’s car on a high-downforce circuit for the first time.

“I’m quite enjoying these back-to-back races and, since we’ve been competitive in Austria, I know we’re going to have a chance in Hungary for a good result.”

Esteban Ocon: “I definitely love Budapest and it’s actually one of my favourite tracks. It’s fantastic to drive, especially when you get the car set up to how you want it. I have some really good memories there from Formula 3, when I took three pole positions and won two of the three races.

“I’ve also been confident there in Formula 1 but maybe without the results to show for it. We showed good pace in Austria this year and hopefully, we can take that forward to Hungary. We’re getting better but we know it’s points on the board that counts.”

Ciaron Pilbeam, Chief Race Engineer: “We’re encouraged from what we have seen from the car so far this year. It has been consistently better in Barcelona and Austria, the two circuits we’ve been at this season. I don’t think these improvements are circuit-specific, and we would expect this progression to carry over to other circuits.

“It can be hot in central Europe at this time of year, especially in Budapest, so we may need to run more cooling on the car, although the weather forecast at the moment is for a mainly cool weekend with the possibility of some rain.”