Hamilton: Podium robots a bit over the top 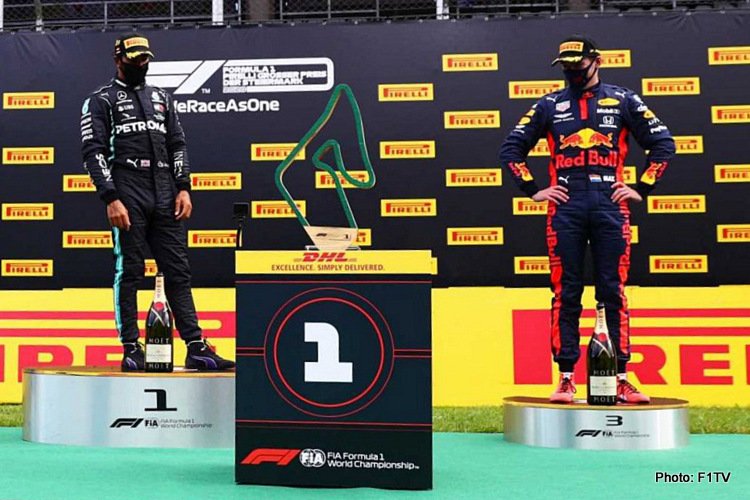 Lewis Hamilton thinks that the Formula 1 podium robots used at the Styrian Grand Prix last weekend were “weird” and a bit over the top.

After winning the first ever Styrian Grand Prix from pole position the six-time world champion was delivered his trophy via a robot, rather than being awarded it by a dignitary or race organiser as is customary.

The Formula 1 paddock has been placed under strict social distancing measures to tackle the spread of coronavirus, but Hamilton felt the robots were perhaps a step too far.

“I thought it was weird,” he said.

“It definitely seemed weird. I’d have preferred them just to throw it to me or something. In all honesty, it’s a really, really weird time.

“The boxes arriving with the trophy, it just feels odd. Definitely a bit over the top in my view, since everyone here has been tested, and wears gloves and all that kind of stuff.”

After securing his first win of the 2020 season and his first under the new measures, Hamilton said the lack of atmosphere really hit him.

“Whilst you’re in the work zone, everything seems normal, and when you’re driving and you’re racing, at this particular track, there’s quite a big distance between the grandstands, the fans, so it’s not as easy to see them, particularly on the infield section,” he added.

“On the pit straight you can. It really, really hit me, when I came out at the end there, when you get out of the car, and no atmosphere. You miss the fans. It just shows how the fans make a big difference. I really, really missed it for that moment. That’s usually something you share with those that follow you, and those that don’t follow you, and we don’t have that today.”