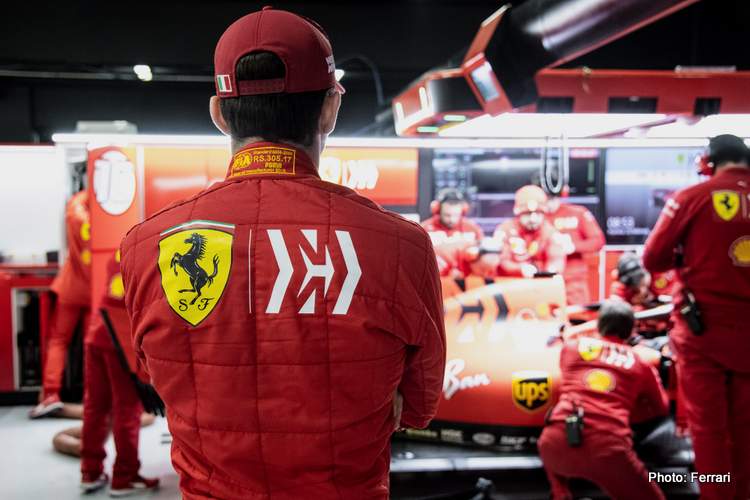 In the aftermath of their disappointing first-lap double-DNF at the Styrian Grand Prix, Ferrari whisperer and scribe Leo Turrini declared on his blog that it’s “Annus horribilis” for the Italian team… and we are only done with Round 2!

Charles Leclerc’s sim-racing style lunge, into his teammate Sebastian Vettel, as the field funnelled clumsily through that awkward elbow-like hairpin they call Turn 3 at Red Bull Ring has dropped a reality check for the team who have so much invested in their Little Prince, they gushed over only a week ago.

It was never on and Leclerc acknowledged as much with an apology to his Vettel, but the damage done was vast and adds further misery to a season in which the team have failed to deliver their capable drivers the tools to take on the mighty Mercedes, and even Red Bull for that matter, and Racing Point, and Renault, and McLaren…

The latest incident sent Leo into Full-Poetry-Mode (in Italian of course) as he lamented the state of his beloved team, and as Tifosi-in-Chief he tried to make sense of the gloom at Maranello.

He wrote in his latest blog post, “Yes, it is wise to modify the hashtag “essereFerrari” in the sense of the anecdote: when you think you have hit the bottom, start digging…

“I apologise for being so severe, so hard. I’m sorry because I know the people of Maranello, I know with how much dedication they work in an attempt to give the Rosso people a winning car. The mortification of the Sabbath, the awareness of having a machine that was not at all competitive was not enough.

“Carletto. I consider Leclerc to be a champion project that has already bourne fruit on more than one occasion. But precisely with this in mind, I ask what reason did the Little Prince have to act with such haset at the start? What was going on in his head, starting from the seventh row?!?”

“I appreciate the apologies to Vettel, they seemed sincere and not imposed from above. But always there we return, to the unsustainable lightness of a relationship between drivers that have not blossomed, have never reached a decent level of maturity. I will be vilified, but certain things do not happen by chance.

“Nevertheless, the disaster packed by the Prince is the least of the concerns!

“The real discomfort is generated by an uncompetitive race car. And it doesn’t help to hear from Mattia Binotto (who looks more and more like the evangelical Cireneo) that the causes of the problem are yet to be identified.

“This crisis is not a mystery shrouded in an enigma. Regarding the origins of the flop, I would expect precise answers. Keeping in mind that the technical staff more or less (but it was not a great idea, a year ago, to return the engineer Iotti to production, for instance) is the same that launched the 2017 and 2018 F1 single-seaters, not dominant and as for 2019 (clouded by the contentious engine) I am silent.

“It is dark at Maranello. Someone, from President Elkann down, at least try to turn the switch,” concluded Leo’s heartfelt but no punches pulled observations of F1’s biggest team in crisis.