The Day After: A lot to unpack 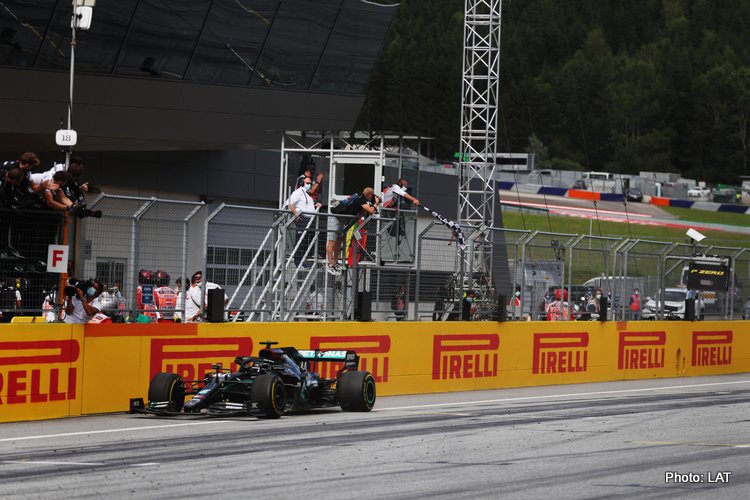 It might not have quite lived up to last week’s epic at the Red Bull Ring, but the second-straight race in Spielberg certainly gave us plenty to process.

If you’ve been reading this column for any amount of time now, you’ll have noticed the format is pretty consistent: an extended spiel about whatever I saw as the main topic of the day, then a few ‘quick hits’ followed by something specific to that particular day of the race weekend. Today with all that went on, I’ve decided to just combine the first two sections, let’s call them, er… ‘medium hits’, I guess?

First, Ferrari – or more specifically Charles Leclerc. I’m not going to lose my head about the obvious lack of pace (at least more than I already have) until we see the second half of upgrades in Hungary, but I can’t look past my disappointment of the Monegasque. If the roles were reversed and Sebastian Vettel had made that move, we’d take it as confirmation he was past-it as an elite racing driver. You certainly wouldn’t say that about 22-year-old Leclerc, and yet it might be an indication that he’s got more improving to do than everyone – and Ferrari in particular – had previously thought.

Remember when people thought Lewis Hamilton might be distracted by the ‘Black Lives Matter’ protests? I’m looking at you, Ralf Schumacher.

On a related note, if Mercedes getting a 1-2 with Red Bull nowhere in sight despite a need to manage their aggression on kerbs isn’t a sign they’re still the dominant force in the sport, I don’t know what is.

Lando Norris, wow, what a driver he’s turning into. For a driver who was relatively weak in races last year compared to qualifying, it’s remarkable to see the improvement he’s made in the offseason – if only the rest of us could be as productive while goofing around on video games as he is.

I’m really not sure how Lance Stroll got away with that move on Daniel Ricciardo. The only reason that didn’t end in a crash is because of Ricciardo’s sense of self-preservation, and then Stroll goes completely off-track to make the pass anyway! At the very least, the Canadian didn’t earn himself any style points.

I can’t really see this Renault protest of Racing Point going anywhere. If the FIA have been to the factory already and okayed everything, it would be odd to reverse the decision now. Then again, it’s not unheard-of for Cyril Abiteboul’s outfit to do things that provide no meaningful benefit, so I’m not surprised it’s happening either.

Regardless of your opinion on Fernando Alonso’s return to Renault next year, it’s hard to deny the potential entertainment value of him having Esteban Ocon as his teammate. The Frenchman’s refusal to yield to a faster Ricciardo on Sunday would absolutely not fly with the Spaniard, and you can bet we’d hear all about it on team radio.

It’s a boring pick, I know, but when you leave one of your closest rivals in what is essentially a pit of despair, that’s a level of domination you just have to take your hat-off to.

Worst of the Day: Charles Leclerc

Sorry Charles, unlike on F1 2020, you can’t bail yourself out of such an amateurish move with the rewind function.

“Everything looks fine, game on… Two laps, to go, scenario 7, scenario 7” – McLaren race engineer Will Joseph to Lando Norris. I think we might have the new “Hammer Time” on our hands…