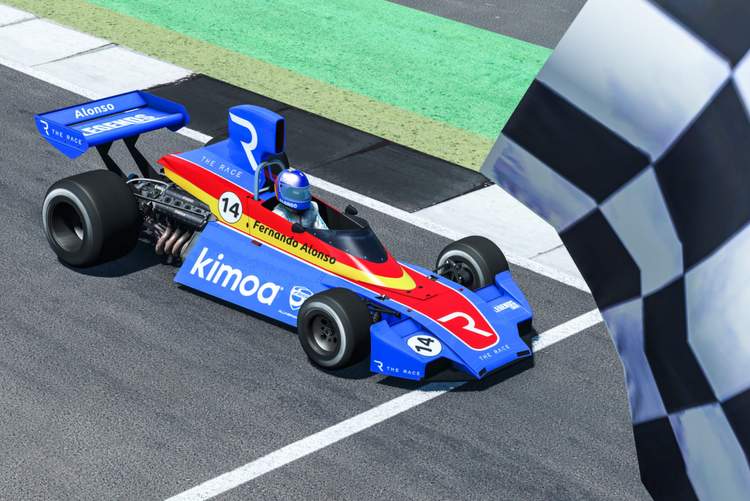 The Race and Torque Esports, have been high profile movers and shakers during this lockdown-inspired boom for sim racing, they have been instrumental in introducing the biggest names in motorsports to sim racing.

Very rapidly they have built an impressive community of real-life race drivers and simmers, competing on The Race run events that are setting the trend in terms of coverage and new content.

Torque Esports CEO Darren Cox and his organisation have been at the forefront of this push to virtual racing, and one of the standout performers in the myriad of superstars turned gamers, Fernando Alonso has been most impressive in his passion and commitment to the cause.

Within nine days of receiving his sim rig:

Cox, the man responsible for luring Alonso to the world of pixel racing, provides us with some intriguing insights of a veteran driver whose popularity is soaring as he makes his way back to F1 next year and creating big waves in sim racing.

What impressed you most about Alonso’s esports performance?

DC: The most impressive thing about Fernando’s esports performances was his motivation. We at Torque Esports ran his team for the Le Mans 24 Hours virtual event and I’ve never seen a more motivated racing driver in the real world or the virtual world.

He was driving the team along, he was helping his teammates who were gamers that he’d never met before. He was exceedingly friendly and supportive but also, as happens in the virtual world now, we have engineers and team managers and he was giving them engineering feedback and debriefs and advice on how to set the car up and what the strategy would be in a 24-hour race in such detail. He wasn’t just turning up and having a go, which was amazingly impressive.

We experienced the same with his participation in The Race Legends Trophy, which we put on at a time when real racing was paused. He won a number of those races and the stand out was the amount of effort he would put in and how much he would think about how to win. Not just the physical turning the steering wheel and pushing the pedals but how he could beat his competitors with his thoughts and strategy and how he could outthink them.

How did he stand out from other competitors?

He was hugely motivated and single-minded about the fact he wanted to win. A lot of the guys have had amazing careers and they were doing it for some fun. Fernando was doing it to win. He absolutely was there to win against his peers and these legends, including Mario Andretti, Emerson Fittipaldi and Jenson Button.

His motivation was to win the esports competition and that determination to win is something we see across everything he enters. Of course he has the opportunity in real world racing to do something that only Graham Hill has done: win the Indy 500 and make it a Triple Crown with the Monaco Grand Prix and Le Mans 24 Hours, and he is massively motivated to do that. We can see that in the virtual world and he won our version of the Indianapolis race on the oval against some tough opposition.

Why do you think he still offers such an attractive package to teams?

The big thing is that, for me, Fernando is box office. I think the reason Fernando offers such an attractive package to teams is his massive experience of developing cars, of pulling a team along and also this huge motivation to win. There’s been a lot of chatter about the fact that he is an older driver and that he might be blocking a younger driver coming into the sport, but in Formula 1 we are awash with young amazing talented drivers like Max Verstappen, George Russell and Charles Leclerc.

These guys are all in their early 20s. Lando Norris has just got his first podium and they have been pushed forward early in their careers. So, in my view, to have an ex-world champion on the grid to challenge these guys, at almost twice their age, will be an amazing thing to see. Why not have an older master in there to see how he goes? For me, there isn’t another stand out in junior formula that is ready to be on the grid.

These young drivers and Fernando have shared a love for and competed together in esports events over the past few months– he’s shown that his appeal reaches the younger motorsport fans too. Perhaps even a year ago, that may have been looked down on. But now it’s seen as an amazing thing, with everyone getting the chance to watch. It’s a tool for teams to market themselves during the COVID-19 period and beyond that, giving people the opportunity to promote the sport and talk to fans that are younger and the future of the sport.