Brawn Report: Ferrari have a long road ahead of them 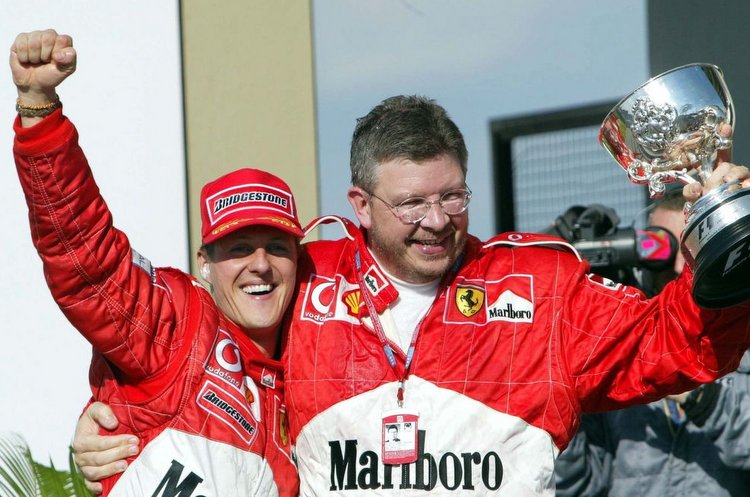 The man who know Ferrari only too well, a key figure in their golden years at the turn of this century, Ross Brawn has bad news for Tifosi, warning that the road to recovery will be a long one.

Now, as motorsport chief of this era’s Formula 1, Brawn gives his insights on the Styrian Grand Prix weekend in which Mercedes, and Lewis Hamilton in particular, were truly excellent and ominously dominant; Max Verstappen shone and Formula 1 proudly staged race two of this topsy-turvy season.

This is what Brawn wrote in his column:

Ferrari have a long road ahead of them

The Styrian Grand Prix was another sensational racing spectacle with battles throughout the field – but it was a race weekend to forget for Ferrari, with their drivers committing a cardinal sin by colliding and forcing both cars out of the race in the opening laps.

As a team boss, you never want to see that happen, but this will hurt Ferrari even more given they had worked hard to bring their upgraded aerodynamic package to Austria a week ahead of schedule – and the collision between Sebastian Vettel and Charles Leclerc has robbed them of a chance to analyse the new package.

Charles was very good in accepting the blame for the accident but it doesn’t help. That said, it’s sport and these things can happen – and now it looks like the engineers back at the factory have a lot of work to do.

One of the biggest problems for Ferrari is that of all the teams on the grid, they come under the closest scrutiny from the media, particularly in Italy. I know from my own experience that the media pressure in Italy can be incredibly intense, and you have to make sure it doesn’t get to your people.

The management have to cope with it and make sure the staff maintain the faith and stay focused on what needs to be done. They aren’t going to turn it around overnight, and there’s a long road ahead of them. They need to find out if there is a fundamental problem with the car – and they need to find out fast – because clearly they are some way off the pace.

Mercedes were very impressive at the Red Bull Ring and have once again demonstrated that they are the team to beat – but it is also clear they were managing their cars during the race, particularly after they encountered gearbox issues last time out in Austria.

I suspect they had a little bit more in reserve, because of the need to stay off the kerbs and be a bit less aggressive with the cars during the race, and that in itself must have their competitors worried.

Lewis has been particularly impressive this weekend. You could see he was disappointed with how the season opener played out, but as he has done on so many occasions, he didn’t let it get to him and simply got his head down and worked hard.

His lap on Saturday was unbelievable and one of his best ever, given the treacherous conditions. To be that far ahead of anyone in those conditions was truly extraordinary. That lap put him in a position to dominate – and he didn’t miss the opportunity.

Red Bull have certainly made improvements over the winter and it’s clear they currently offer the greatest threat to Mercedes – Lewis said as much this weekend – but they haven’t yet got the speed to challenge the Silver Arrows on pure performance.

That didn’t stop Max trying, though. He delivered another exemplary performance with the package that he had – and I don’t think anyone could have got more out of it that him.

His determination to fight back against Valtteri, after the Mercedes passed him, got us on the our edge of our seats but we knew this would be a futile battle.

Nonetheless, it shows the high level these guys are racing at, that they can go wheel to wheel at the speeds they do with the confidence they have with each other. Max wrung it’s neck today and third was the most that he could achieve.

Another positive weekend for Formula 1

“It’s astonishing we have managed to get through the whole weekend, for the second successive time, without a clean bill of negative tests. There will be positive tests, I’m sure of it. When we do get those positive tests, we have to make sure we deal with them in the correct and proper fashion to minimise the impact they have on F1.

It’s been a fantastic start. Everyone is so pleased and relieved that we have got the season going. Given the pandemic has affected countries in different ways, we have to be flexible during the next six months, but we have a reasonable programme ahead of us and from the example of the first two races, we can have a fantastically exciting grand prix season.