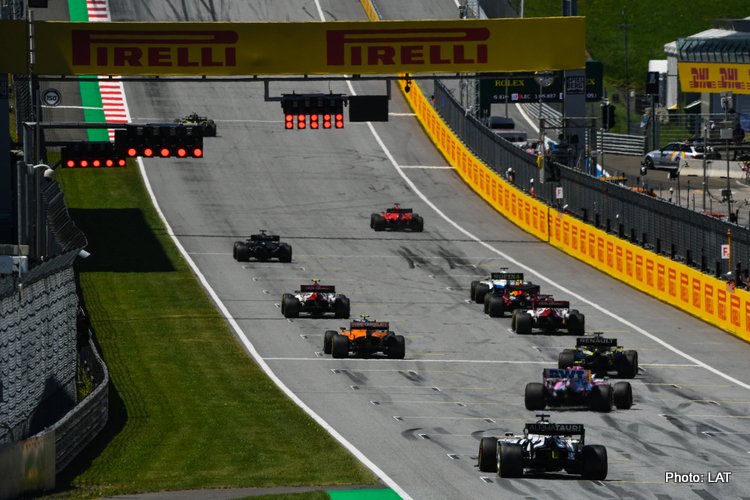 A third-straight race at Austria’s Red Bull Ring is being mooted due to concerns over the Hungarian government’s restrictions on UK passport-holders, says GPDA chairman Alex Wurz.

Scheduled for next weekend at the Hungaroring outside Budapest, Hungarian officials sent a note to Formula 1 personnel on Saturday warning that non-EU attendees would risk imprisonment or a €15,000 fine if they did not adhere to strict rules of confinement that limited them to the track and their accommodation.

With seven of F1’s ten teams based in the United Kingdom, and two drivers in Lewis Hamilton and Lando Norris holding British passports, it has been suggested it might be more feasible to run a third-straight race at Spielberg instead.

“Chase Carey asked me what the drivers would think of holding three Grands Prix in Austria”, he revealed. “I said to him, if that’s the only solution, we can ride the Grand Prix ten times. We’d rather ride the Red Bull Ring more often than not being able to race at all.

“This option is possible and you can also change gears quickly. After all, all the equipment and personnel is already here.”

“It will probably be an option to organise. You only need to know before Sunday evening. If the Hungarian Grand Prix cannot take place then it is definitely an option that we will race here again next week.”

At the same time, both Hamilton and Norris have indicated the restrictions are of no concern to them, with the latter joking that it was “right up my street” to stay inside with video games, room service and Netflix.