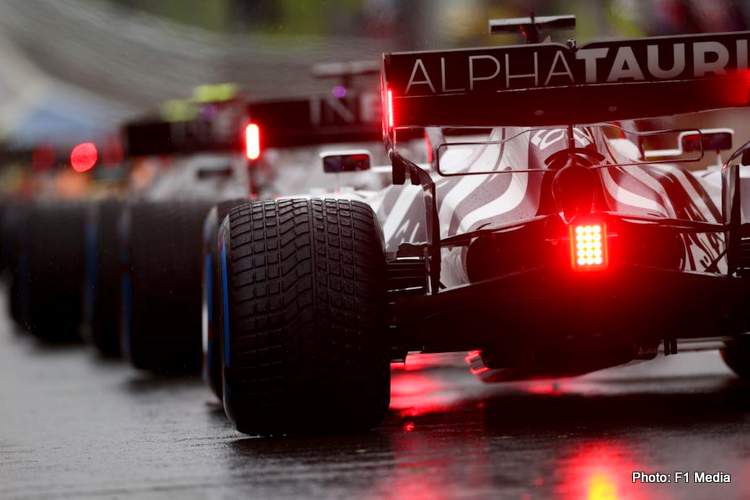 The Monegasque missed out on Q1 and, as a result, he will now drop to 14th. His teammate Sebastian Vettel qualified 10th amid the SF1000’s continued struggle for pace and Ferrari’s rushed updates not working at all, thus far in Austria.

Thus, George Russell will line up his Williams 11th, on the sixth row for the Englishman’s best-ever qualifying position in Formula 1. Racing Point’s Lance Stroll and AlphaTauri’s Daniil Kvyat also gain a place at Leclerc’s expense.

Also penalised is Lando Norris, who ended qualifying sixth on the timing screens, but the McLaren driver handed a penalty for “ignoring yellow flags” during FP1 on Friday morning will now start from ninth.

Lewis Hamilton will start the race in his black #44 Mercedes from pole, secured with a magnificent lap in very wet conditions on Saturday, with always-ready-for-a-fight Max Verstappen in P2.

Ferrari are on the back foot, but at the same time the stage is set for either of their drivers to seize the moment to deliver a mega-performance, both need one as does the team after a thus far disappointing weekend for their Tifosi.

The grid for the first Styrian Grand Prix now looks like this: 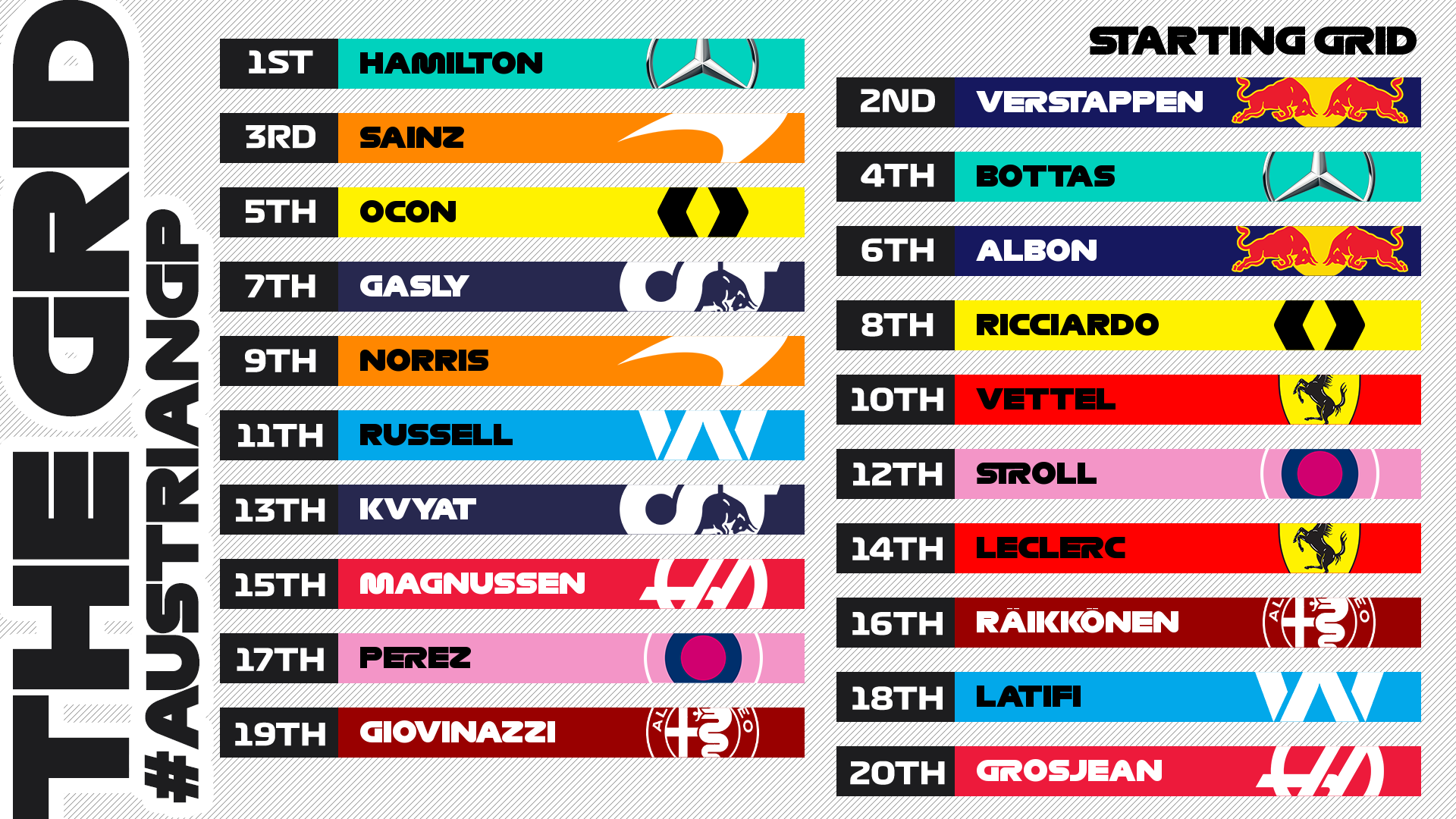