Mercedes: Suspension concerns a 4 or 5 out of 10 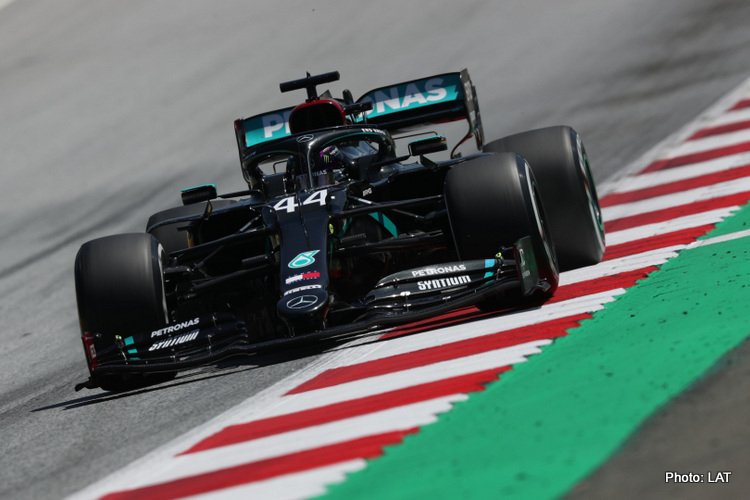 A problem that put their race at the Red Bull Ring last week in serious jeopardy, Shovlin admits alterations to the electrical looming are not enough to guarantee there won’t be a repeat of the issue, although the chances are significantly decreased.

“Compared to last weekend, which was a 10 out of 10. Probably more like a sort of four or five out of 10,” he told RaceFans. “But we’ve not done enough running on this solution to really know whether there’s there’s going to be an issue during the race.

“What we know is that we can do a few hundred kilometres okay and there isn’t a problem. But ticking off the race tomorrow would be quite a big milestone for us if we can get through that without a problem.”

Expanding further on the difficulties that await in Sunday’s race, team principal Toto Wolff suggested that drivers Lewis Hamilton and Valtteri Bottas will be again told to stay off the kerb, but outside competition will make it hard to constantly manage.

“There will be laps where you have no chance of not using them,” Wolff explained. “I think wherever Max [Verstappen] is, leading or behind us, just cruising around neatly avoiding the kerbs is not going to be possible.

“Constantly massacring the suspension, that is something that would cause us a headache. So once we have settled in our positions, then we will be trying to avoid the kerbs. It’s a very Austria-specific topic.”