Ferrari: It is painful, very painful 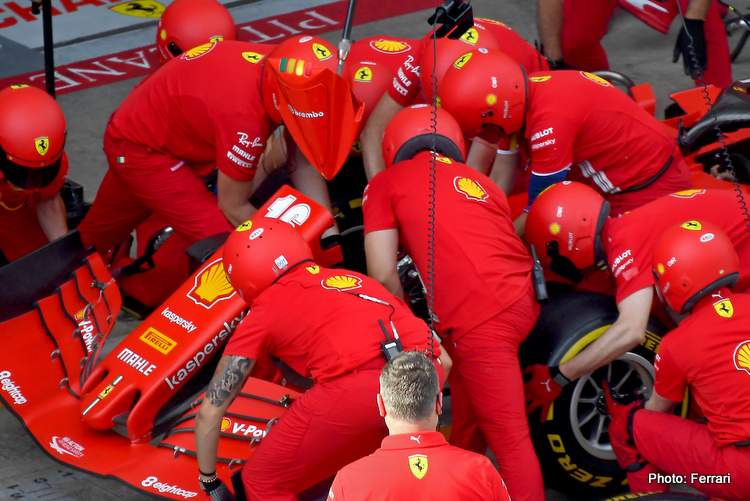 For Scuderia Ferrari, the Styrian Grand Prix was all over after little more than 20 seconds, following a difficult qualifying yesterday, Charles Leclerc and Sebastian Vettel were in the mid-field and collided at Turn 3 after the start. Both SF1000 cars suffered significant damage.

Damage. The German came slowly round to the pits with damage to the rear end, while Charles tried to continue, pitting for new tyres, opting for the hards. However, the damage to the floor of his car was too serious for him to be able to continue safely. Therefore, after completing one more lap, he came back in to the pits to retire.

Hungary next. After incidents like this, the saying goes that it’s best to get back on track as soon as possible and the calendar ensures that will happen, as next Sunday sees the third round of the championship, the Hungarian Grand Prix, take place at the Hungaroring.

Charles Leclerc: “What happened today is clearly my fault, there’s nothing else to say. I take full responsibility. I made a mistake and apologising is not enough.

“We need to take every opportunity and today we could have had one, because even though we might not have the performance to collect a lot of points at the moment, every single point is important and anything can happen in the race, as we saw last week.

“But we didn’t bring home any points. I was so eager to do well for the team and I thought I might be able to gain three or four places and I went for it. But in fact the opportunity wasn’t there. It’s not easy for the whole team who worked hard to bring upgrades here.

“We are going through a difficult time and we don’t need this. I have apologised to the team and to Seb, who didn’t do anything wrong. I let everyone down today and I am very sorry. I will learn from this and come back stronger next time.”

Sebastian Vettel: “I was really looking forward to racing today and had a good feeling about it. I didn’t get a very good start, losing a bit of momentum off the line. Then, it was very busy in Turn 3 and I was already fighting two cars. I had the inside line so I was not expecting anyone to try anything.

“I could not see that Charles was coming and unfortunately, I had nowhere else to go as there just wasn’t enough space. However, we are both mature enough to move on from this incident. It is very disappointing, but in my mindset,

“I am generally optimistic and at least I don’t have to wait long to be back in the car, so let’s hope that Hungary will be a better place for us.” quote

Mattia Binotto, Team Principal: “It is painful, very painful, to see both our cars back in the garage after just a couple of laps. Incidents like this can always happen when you start in the middle of the pack and it’s pointless to apportion blame.

“It’s the worst possible end to a weekend that was already very disappointing. It’s true we took no real part in the race, but we can’t hide behind the collision that eliminated both cars.

“However, now is not the time for accusations. Instead, we must just get on with our work. Difficult moments can bring out the best in people and I’m sure that will be the case now.