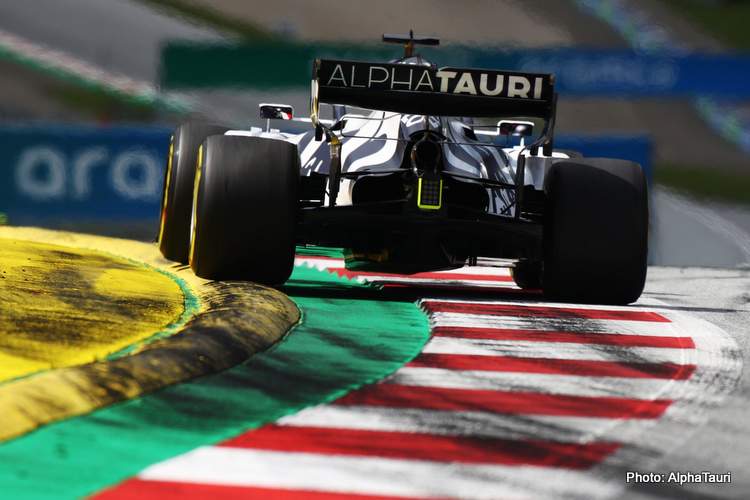 AlphaTauri report from the Styrian Grand Prix, Round 2 of the 2020 Formula 1 World Championship at Red Bull Ring where their drivers Daniil Kvyat and Pierre Gasly in 10th and 15th respectively.

Daniil Kvyat: “I have to say that even if Friday and Saturday were quite difficult, it was a fantastic race for me today. I did my job and I brought the car home to score one point, with much fewer retirements compared to last week, so I’m happy.

“Everything was executed well and while I was often under attack, I was able to defend my position and I could even open the gap with the ones behind me towards the end of the race. Let’s think of Hungary now, it’s just around the corner.”

Pierre Gasly: “It was a very disappointing Sunday after a great Qualifying yesterday. We had a good position on the grid, so we were expecting to have a good race, but it didn’t start well, as I had contact with Daniel (Ricciardo) in turn 1 and I almost spun the car. After that it was very tough, and the rear of the car just felt a bit strange. We tried what we could with the two-stop strategy, but we just didn’t have the pace.”

Jody Egginton, Technical Director, “We came away with a P10 but to be honest our cars lacked race pace today and we have not been as competitive as we should have been. Pierre’s car took a hit on the right rear at the start of the race and there are some signs we have suffered some damage as a result, so we now need to investigate this.

“Dany had a cleaner race and worked hard to finish 10th today making no mistakes. We should be pleased with finishing in the points, but overall we expected more from our package today and a detailed analysis will be conducted to ensure we understand all the factors behind today’s performance and address the key points ahead of the next race.”