The Morning After: Picking a pecking order 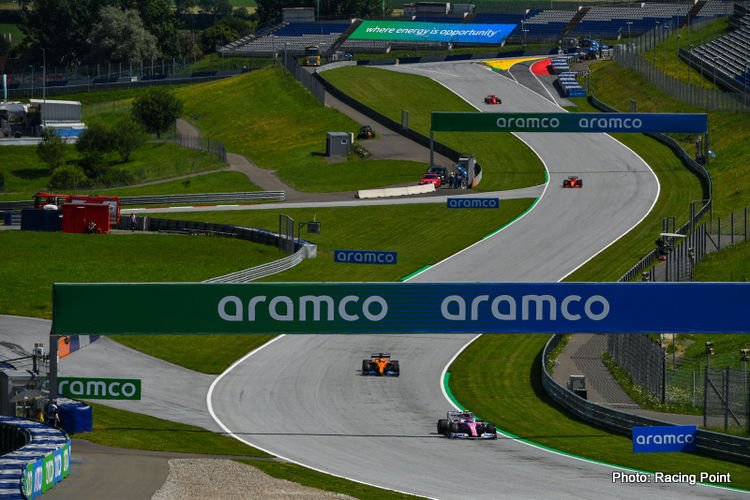 Maybe it was just me, but I thought coming into our second-straight race at the Red Bull Ring, we might get a more concrete understanding of just where every team stood than we got in last Sunday’s retirement-fest. Yet with a Red Bull out front and two Racing Points in the top four, Formula 1’s pecking order seems as murky as ever after another Friday in Austria.

Of course, betting against Mercedes at this point would be more foolish than trusting your finances to Vijay Mallya, but seeing Max Verstappen top of the timesheets in a quasi-qualifying session at least raises an eyebrow. If there was any practice session where you would want to get out there and simply bang the quick laps in, it was FP2 yesterday, and the fact they didn’t (Lewis Hamilton in particular), combined with their gearbox concerns last week says this is at the very least, a car not without its issues.

But setting aside Mercedes and their would-be contenders, there seems to be an awful lot going on in the battle for third too. Judging by the times today you would certainly give Racing Point (or Sergio Perez) an edge, but then you have to remember that last week they were ahead of McLaren throughout practice only to find themselves behind come qualifying, while Ferrari seem to have found decent long-run pace (1:09.547 average on mediums for Charles Leclerc), even if they are still lacking over one lap. Add it all together, throw in the forecasted inclement weather, and we might have another cracker on our hands come Sunday.

Three. Grid places Lando Norris will drop after getting caught overtaking under yellow flags in FP1. Maybe he still had a little champagne in his eyes from Sunday?

P15. For George Russell in FP2. If that session ends up being used to decide Sunday’s grid, it will be the first time a Williams reached ‘Q2’ since Sergey Sirotkin reached that milestone at the 2018 Brazilian Grand Prix.

Even before Christian Horner shut-it-down on TV yesterday, did anyone think Sebastian Vettel was seriously going back to Red Bull? A tank of jet fuel would be less combustible than a Vettel-Max Verstappen partnership.

Is it a coincidence that Daniel Ricciardo bangs himself up the same week Renault signs Fernando Alonso to replace him? Yes, absolutely. Still, even minor knee injuries are no joke, and it wouldn’t surprise me if reserve driver Sergey Sirotkin was called in to deputise.

Credit where it’s due, Nicholas Latifi looked a lot more comfortable in the car this Friday compared to the last one. Indeed, to be just 0.067s behind George Russell is a big improvement, even if it is only practice.