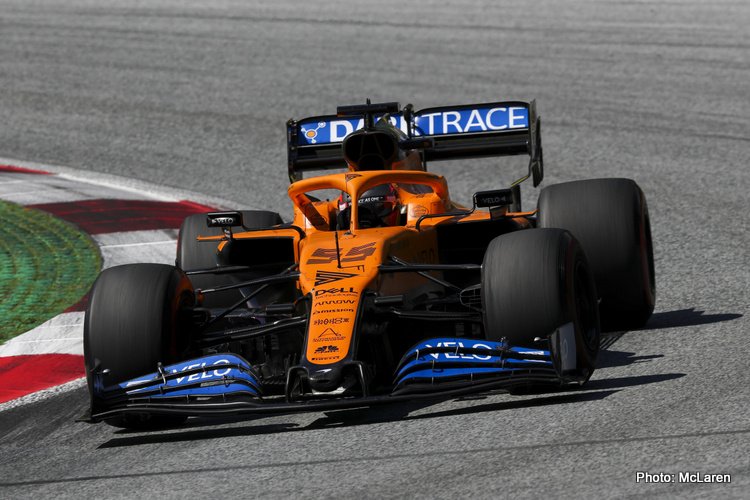 McLaren’s switch from a Renault to a Mercedes power unit supply in 2021 is a logical next-step in the team’s progression, says boss Andreas Seidl.

Originally with Mercedes at the start of the turbo-hybrid power unit era in 2014, the Woking outfit made an ill-fated switch to a works deal with Honda in 2015 before acquiring its current Renault supply in 2018.

And while Renault boss Cyril Abiteboul has previously talked-up the improvement of the Renault engine, Seidl maintains the switch is essentially a no-brainer.

“There’s a reason why we made the decision to change to the Mercedes power unit next year,” he said in a conference call with reporters, including GP247 on Friday. “Because we definitely think it’s the best available power unit available to us.

“Mercedes is for many, many years now clearly the benchmark with the power unit in this hybrid era, and there is nothing better for us than having the power unit of the championship winning team in the back of our car.”

Winners of all six driver’s and constructor’s championships under the current engine formula, there is no denying the strength of Mercedes’ power unit, while general consensus in the paddock is that Renault has fallen to the bottom of the pile, behind both Ferrari and Honda.

However Seidl stressed that while the additions of an improved engine and a grand prix winner in Daniel Ricciardo are significant steps forward, there are more hurdles to clear before the team can return to title contention.

“I think one of the strongest lineups in the paddock gives us everything we need in order to be closer to the front again, to fight with the big ones in the future. It will be simply down to us as a team to make this happen.

“[But] as I’ve said many times, we have a clear idea of what is missing compared to the top teams, in terms of infrastructure, in terms of organisation.

“That still takes time, we are still in the middle of this process but it will take time to put this all in place – we’re talking about years – but we are heading in the right direction, and that is what we are focusing on.”