Racing Point: We don’t have space for Vettel 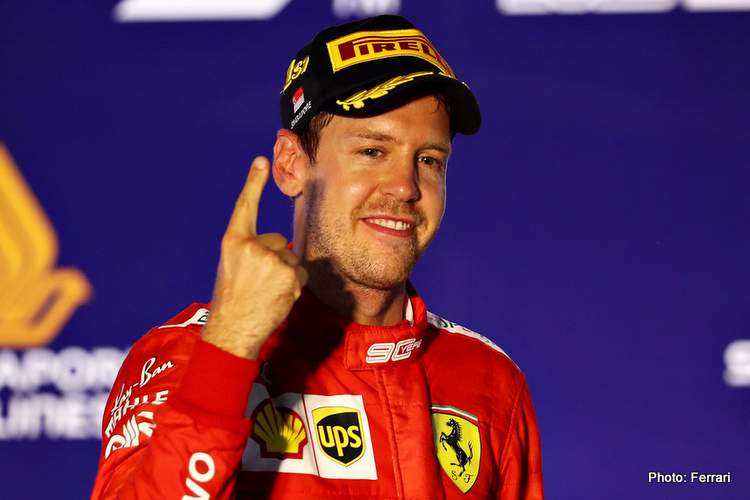 Sebastian Vettel is being squeezed out of Formula 1 as his options to be in a front running team have all but run out, meaning that the four times F1 World Champion will either retire or endure a forced sabbatical.

Red Bull, Ferrari, McLaren, Renault and most likely Mercedes have their drivers for the foreseeable future, which left Racing Point – becoming Aston Marin next year – as a possible destination for the German.

But that door has been shut by Racing Point team principal Otmar Szafnauer.

When asked if Vettel replacing either Sergio Perez or Lance Stroll was an option, he replied, “It´s flattering that everyone thinks a four-time world champion should come to our team, maybe that’s because the car’s a bit quicker now. We have long contracts with both of our drivers so it would only be logical that we don´t have space.”

Vettel listed his options on Thursday ahead of the Styrian Grand Prix as “carry on, have a break or retire”.

During FP1 at Red Bull Ring, team principal Christian Horner told Sky F1 it was a “definite no” chance of Vettel returning ‘home’ to the team with whom he enjoyed so much success.

“We had a brilliant time with Seb. He will forever be a part of our history. We didn’t expect him to be on the market this year and our commitment is to our existing drivers.

“We think we’ve got a great pairing in Max (Verstappen) and in Alex (Albon). We think that has great potential for the future as well.

“So, unfortunately, it’s not something we are going to be able to accommodate. That is a definite no, I’m afraid. Sebastian I think is aware of that.”

Horner’s comments were another rebuff for the 33-year-old after Renault announced the return of double world champion Fernando Alonso in 2021 to fill the vacancy left by departing Australian Daniel Ricciardo.

If there is a sliver of a chance, albeit highly-unlikely, that Vettel does land a big team, it would be Mercedes who have yet to confirm their drivers for 2021 but are expected to stick with six-times F1 champion Lewis Hamilton and loyal wingman Valtteri Bottas.