AlphaTauri: We have been very competitive 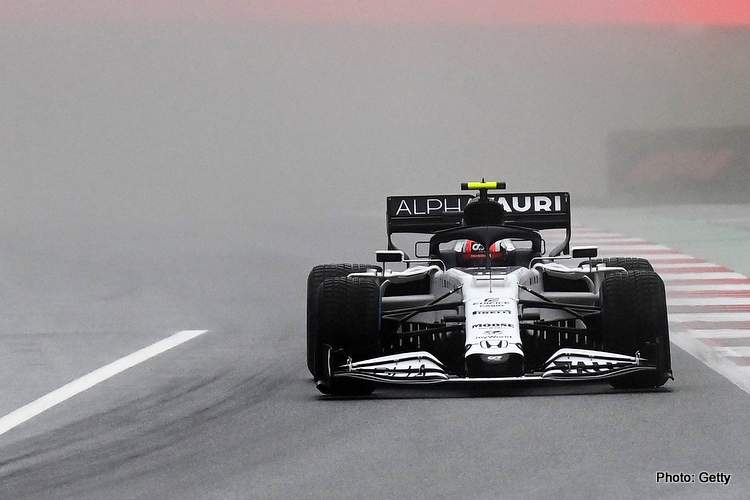 It was a bittersweet Styrian Grand Prix qualifying session for the AlphaTauri drivers, with Pierre Gasly impressing in the wet conditions making it into Q1.

He was eighth fastest, fractionally slower than Alex Albon in the Red Bull, the man who replaced Gasly in the senior team. The Frenchman doing his ‘shares’ the world of good on a dreary day that delivered a thrilling quali.

Daniil Kvyat will start from 14th, the Russian was a full-second slower in Q2 than his teammate in the sister car.

Pierre Gasly: “I’m super happy about today, it’s the first Q3 of the year and it’s only the second race of the season! I had a lot of fun driving in these conditions. It was tough but also really enjoyable and I think we really maximised our chances.

“It’s just a shame for the yellow flag in the last lap, as I think I was going two or three tenths faster, so there could probably have been a P5 on the table.

“However, we can be really pleased with our result today and we’ll be starting one position higher up the grid in P7 because of Norris’ penalty. We’ll have completely different conditions tomorrow, but we’ll be ready to fight and pick up some more points.”

Daniil Kvyat: “It wasn’t as good as I thought it could be. After Q1 everything seemed ok but then in Q2 I could not find another step and I was sliding a lot. It was the first wet session in a while and I think I drove well, but that was not enough.

“I’m not happy with the result but I did my best. As for tomorrow, I do not know what to expect, I need a clean race and then hopefully I can score points. If there’s any opportunity there, I’ll do my best to take it.”

Jody Egginton, Technical Director: “Today has given us a good opportunity to learn about our car in wet conditions and although it was challenging, we have been very competitive and gathered a lot of useful data.

Q1 passed without incident but unfortunately in Q2 Dany did not manage to get the good clean lap at the right moment and could not progress to Q3 on this occasion. Pierre, on the other hand, did progress and was subsequently very competitive throughout Q3, securing a good starting position on tomorrow’s grid.

“The updates we introduced this weekend appear to have delivered on expectation and we look forwards to tomorrow’s race.”