Alfa Romeo: We have the pace to fight in the top ten 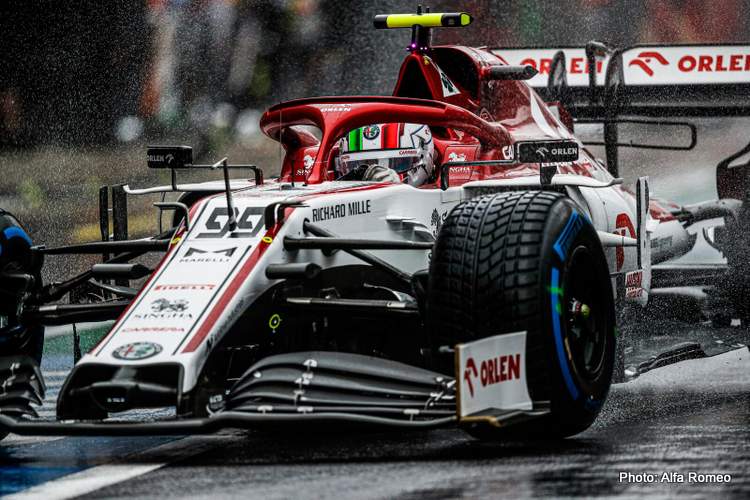 More than 45 minutes of waiting, on a day that had already seen FP3 cancelled; as the rain kept pouring over the Red Bull Ring, the omens were not all that positive for qualifying.

And yet, the first indications from the track were good, with our C39 cars seemingly a step ahead of where they were in last week’s Austrian Grand Prix. Better pace could have translated into one, if not two, places in Q2: but the motorsport gods were not on our side today.

As the first segment of qualifying drew to a close, it was all hanging in the balance for Kimi and Antonio. With one last attempt to claim a place in the top 15, both drivers were setting green sectors, but that was not to be. A small mistake turns into a big spin in these conditions; a big spin easily turns into a red flag – within seconds, both drivers’ chances of progress to Q2 were dashed.

Still, despite the disappointment, we can focus on the positives. With our cars looking stronger in the race, as per last week, we can hope to make up places tomorrow. Conditions should be drier; the race long. We came home with points from the first Austrian Grand Prix – we can aim to do it once again tomorrow.

Frédéric Vasseur, Team Principal Alfa Romeo Racing ORLEN and CEO Sauber Motorsport AG: “We seem to have made a step forward in terms of performance, at least compared to last week, so to have both cars out in Q1 is a disappointment.

“We looked strong enough for Q2 but unfortunately we fell short with Antonio spinning on a very good lap and Kimi having his best lap ruined by the red flag. The conditions today were very difficult, but we have to be ready for whatever tomorrow is going to bring.

“We think we have the pace to fight for a place in the top ten, so we will need to be ready to show it come the race.”

Kimi Räikkönen: “It’s disappointing to go out in Q1 because we had decent speed today, much better than last week, but in the end we couldn’t make it count. We had the potential for a good result and our times looked really good.

“I was setting some good laps at the beginning of the session but found some traffic, which was quite unlucky. I was left with all to play for on my last run, I was improving but then the red flag meant I couldn’t finish the lap. It’s a wasted opportunity, but we will try to make up places tomorrow. The conditions are likely to be different, it will be a different day: we’ll take it from there and do our best.”

Antonio Giovinazzi: “It’s been a difficult session, even though at the beginning of the session we were really strong. We needed something special on the final lap, I tried to push as much as I could to get the position but unfortunately I went onto the kerb at the second last corner, lost the rear a little bit and that was it.

“It’s a shame as I was improving my time by nearly a second and I think I would have made it to Q2. Tomorrow may be dry so we have completely different conditions to deal with. We start from the back, like last week, but just as we did last Sunday we will need to make the race work for us. We know we have the pace to recover so we won’t give up.”