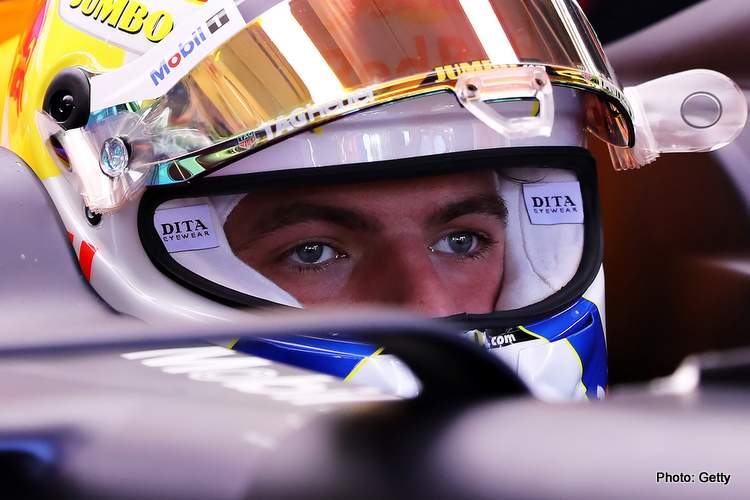 Red Bull need redemption this weekend as Formula 1 remains on their home ground for an unprecedented second race in two weeks and, after the first day of free practice for the Styrian Grand Prix, their Max Verstappen might have the firepower to do the business.

Verstappen was at the sharp end all day, recording the fastest time of all when he powered round in 1:03.660 during his 27-lap stint in the afternoon.

He said in his review, “The car already feels better than last week, the balance is a lot nicer to drive and we have made a good step. It is only Friday Practice and of course it is too early to say how we are looking against Mercedes.

“From our side I think we are quite happy. We have tried a few different directions to understand the car a bit more and I think we are heading the right way which I’m pleased about. We have to see what will happen tomorrow with the weather but otherwise, we will find out where we really are on Sunday.

“Normally our race pace is more competitive but already over one lap we can’t complain and actually the 11 laps I did in last week’s race didn’t look too bad, so it can only get better.

“Even if tomorrow the weather is too bad for qualifying I expect we will still have Sunday morning to do it, so I don’t expect to be on pole position with this lap.”

Alex Albon evaluated and compared setups during the course of his day on track. His best time in FP2, despite a harmless spin, was 1:04.437 and good for seventh, albeit half a second shy of his teammate in the sister car.

The Thai driver said, “We’ve been getting a bit creative and trying some different things compared to last week’s running here, some of the changes worked and some didn’t, so it’s a bit of a mixed day.

“The weather for tomorrow is obviously a bit of an unknown so let’s see what happens and if we’re even driving, as every time it’s rained here it’s been a monsoon. We’ll still treat tonight like any other Friday though and look over the data to see what we can learn ahead of tomorrow.

“Late in the session I pushed a bit too much on the exit of the corner, nothing serious, and lost the rear. Max obviously had a good session and is comfortable with the car so hopefully we can learn a little bit from his side of the garage and take a step forward,” added Albon.

After a double-DNF in last Sunday’s race – Verstappen retiring with a technical issue and Albon set for at least a podium when he was punted off by Lewis Hamilton – the team will be looking to repeat the wins of 2018 and 2019 at the track that Red Bull billionaire Dietrich Mateschitz built.