Ricciardo: It was a mistake 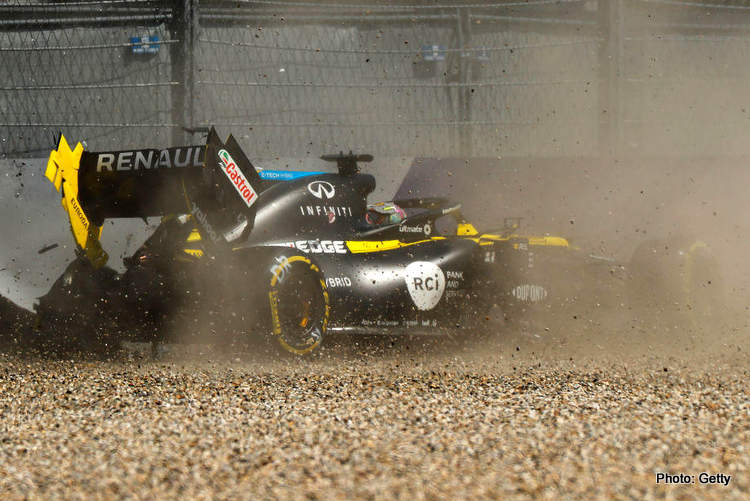 It was another tough ‘day at the office’ for Renault’s Daniel Ricciardo, who brought out red flags in the afternoon after making a mistake and hitting the tyre wall during the second free practice of the Styrian Grand Prix weekend.

The impact was brutal, as he lost control of the RS20 which crunched into the wall at Turn 9, only 13 minutes into the 90-minutes session.

The Australian seemed to limp after clambering out of the car, and Renault confirmed he had gone to the medical centre for a check-up and been declared fit.

Afterwards, he said, “Unfortunately, it was a very short second session for us. That first push lap was going quite well up until Turn 9.

“It was a mistake, it all happened very quickly so I’m not sure what went wrong. I turned in and just lost the car straight away.

“I know these things happen with cars and in Formula 1, so it’s not out of the ordinary. I’m OK, however, I feel bad for the guys. We’ll just move on. The car felt fine this morning, especially towards the end.

“The second session would have been interesting, so we’ll just have to find out our pace tomorrow or Sunday,” added Ricciardo who is in his final season with the French team before he moves to McLaren.