Racing Point: Both cars are in the mix for points 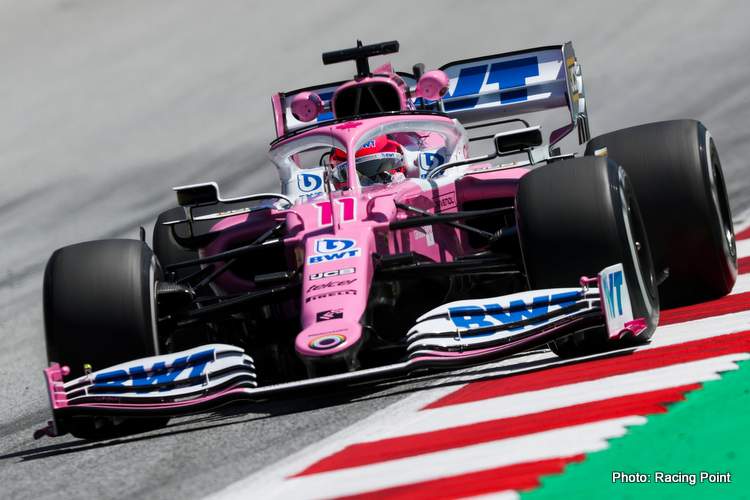 Racing Point – affectionately dubbed the Pink Mercs – were in fine form on the opening day of the Styrian Grand Prix weekend and look set to challenge for podiums again as they set the midfield pace on Friday.

Perez fired a warming shot by claiming top spot on the timing screens at the end of FP1, in the afternoon stanza he was P3 with teammate Lance Stroll in P4.

After the trials and tribulations of last year, a new wind of optimism is blowing through Lawrence Stroll’s team.

This is what their drivers had to say on Friday evening:

Sergio Perez: “It’s been a promising day. We’ve been chipping away and learning about our car, and that’s been positive so far – exploring where we can make improvements and find performance.

“It’s very close among the top teams, but we’ve shown that both cars are in the mix for points, just like we were last weekend. Obviously, there’s signs of wet weather tomorrow so let’s wait and see what happens in Qualifying.”

Lance Stroll: “It’s been a good day and I’m happy with the car: the signs are that we look quite competitive. It’s unique circumstances to be racing at the same circuit two weeks in a row. We are getting to know the place extremely well.

“It’s still early in the season, so we were able to use today’s running to look at ways to improve the car and try some new set-up ideas to progress from last weekend. We now need to wait and see what happens with the weather and Qualifying, but we’ve put ourselves in a good position.”