Tasmin Pepper: South Africa under the radar since Jody Scheckter 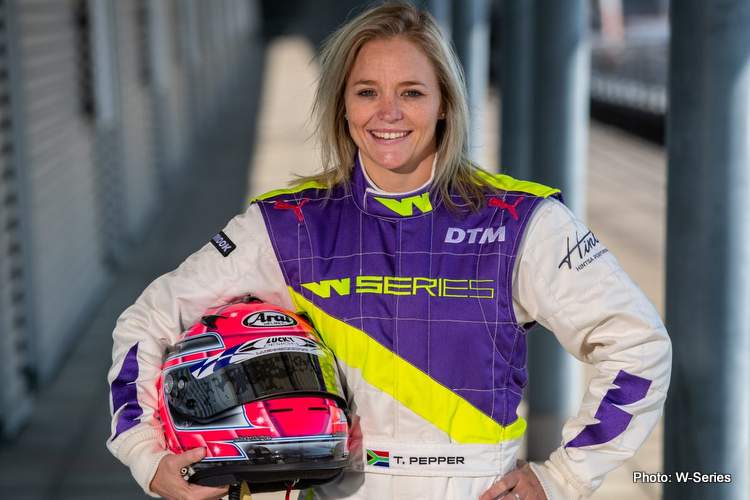 W Series racer Tasmin Pepper believes that South Africa has gone under the radar in the motorsport world since the retirement of Jody Scheckter.

To this day the 1979 world champion Scheckter remains the only South African to have won a Formula 1 race, while the country last hosted a Grand Prix in 1993.

However, Pepper, who finished tenth in the inaugural W Series championship and earned her first Esports League win on Thursday, feels that there remains plenty of talent and passion for motorsport in South Africa.

“There was a massive jump in support from back home,” Pepper told GrandPrix247 about the reaction to her first season in the W Series.

“People love it when drivers are successful internationally and to be recognised on such a platform is just huge. I think it gives people from South Africa something to work towards because they know that those end goals are in sight.

In addition to Pepper, her brother Jordan won the 2020 Bathurst 12 Hour, while Kelvin van der Linde has enjoyed plenty of success in GT racing.

“I think South Africa has gone a little bit under the radar since Jody Scheckter was around,” said Tasmin. “I think we have been forgotten about a little bit. I do think more people are taking notice of South Africa recently and we definitely want to bring some of the bigger championships back to South Africa.

“The funding in South Africa at the moment is low due to the currency and there isn’t any help from our government which would obviously help to bring Formula 1 and MotoGP back to South Africa. They started last year with massive success, so I don’t know why they wouldn’t look at bringing more back,” added Pepper.