Norris penalised for overtaking under yellow in FP1 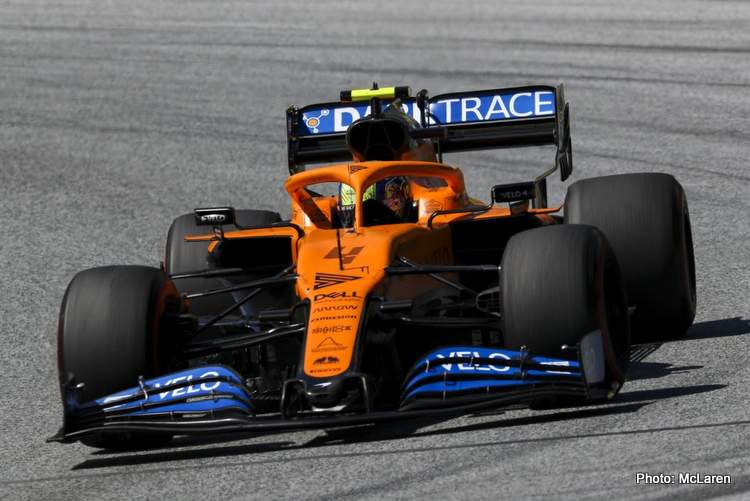 Off the back of his debut Formula 1 podium, Lando Norris’ return to Spielberg has already gotten off to a rough start with stewards awarding him a three-place grid penalty for overtaking under yellow flags.

The ruling comes after the controversy surrounding Lewis Hamilton’s antics in qualifying 3 last weekend where the stewards applied the same penalty.

The yellow flags were brought out in FP1 when Nicholas Latifi’s Williams succumbed to a gearbox issue at turn 5. While marshalls attended to Latifi, the yellow flags flew in sector two.

The stewards noted Norris had overtaken Pierre Gasly under the yellow flags. During the intermission between FP1 and FP2, the decision has been made to slap the Brit with a three-place grid penalty.

To rub salt in the wounds, Norris has also had two penalty points applied to his license.

With the battle for best of the rest looking as tight as it is this year, Racing Point, Renault and even Ferrari will be looking to capitalise off the back of this announcement.