Ferrari: Grand Prix at Mugello is a dream come true 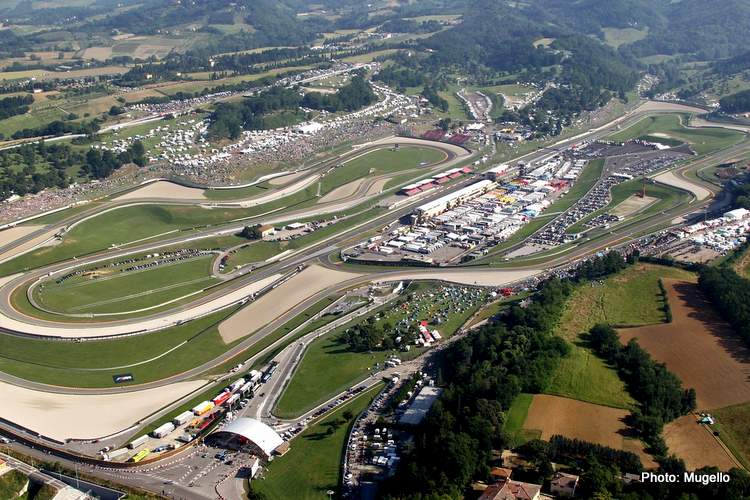 Ferrari have always wanted to have a Grand Prix at Mugello, their glorious race track in Tuscany which has been the scene of many tests with their greatest drivers including Michael Schumacher as well as Valentino Rossi when he flirted with Formula 1 more than decade ago.

The world in lockdown has provided the opportunity for the race to take place at the venue which will also be the scene of the Scuderia’s 1000th Grand Prix.

For the first time in its history, the Mugello Circuit will play host to a race that counts towards the FIA Formula 1 World Championship.

As part of a season calendar that has been shaken up following the pandemic caused by the Covid-19 virus, an opportunity has arisen to bring motorsport’s leading competition to a circuit that leads the way in terms of standards for safety and sustainability. It is also a track that is as spectacular as it is demanding for drivers and cars.

The official name of the event pays homage to the region that will host the race and to the historic anniversary that will be celebrated that day by Scuderia Ferrari – the only team to have taken part in all of the 70 Formula 1 seasons so far. The Mugello Circuit is located just 35 kilometres from Florence, one of the world’s richest cities for history and artistic masterpieces which is visited by millions of people from all over the globe.

Founded in 1974 as an evolution of the old “Circuito Stradale”, the track was laid on the hills of the municipalities of Scarperia and San Piero a Sieve. Long considered one of the circuits that is most appreciated both by drivers, riders and everyone involved in motorsport, the Mugello Circuit has been owned by Ferrari since 1988.

It is among the few tracks that the FIA (International Automobile Federation) has certified with the 3-Star Level qualification. In fact the circuit has passed the environmental test set by the federation, thus winning recognition for the outstanding policies it has adopted for sustainability.

Now the ninth round of the season will take place at Mugello, Italy will return to hosting two Formula 1™ Grands Prix for the first time since 2006. That year the calendar featured both the traditional Italian Grand Prix at Monza and the last edition held to date of the San Marino Grand Prix, which took place at Imola’s Autodromo Enzo e Dino Ferrari. Both these races were won by Michael Schumacher, in his final season as a Scuderia Ferrari driver.

Mattia Binotto, Ferrari Team Principal:”To be able to celebrate an extraordinary anniversary like the thousandth grand prix for Scuderia Ferrari at our own home at Mugello is an incredible opportunity. Mugello is not just one of the most spectacular and challenging tracks for drivers and cars, it is also a structure that has made sustainability one of its priorities.

“This commitment has taken it to levels of excellence both for Italy and the world. There are lots of people to whom we send thanks for turning this opportunity into reality – above all Formula 1’s Chairman and CEO Chase Carey, who knows and appreciates the value that our team represents for this sport, to the extent that he was prepared to recognise this anniversary in the official name of the event.

“Then there are two partners who have been fundamental to achieving this goal. First there is the region that will play host to us, Tuscany – one of the most beautiful in our country, rich with artistic treasures and breathtaking scenery. Then there is the city of Florence, a jewel that is unique in the world for its architectural beauty and for the masterpieces that can be enjoyed there.

“For me personally, Mugello is linked to the memories of so many days of testing that I have worked at along with the rest of the team in a bid to improve the car, sometimes dreaming of taking on our opponents there. To think that today we are about to have an event like a Grand Prix there – and the thousandth in our Formula 1 history no less – is a wonderful feeling. I can’t wait for that dream to come true on September 13.”

Chase Carey Chairman and CEO, Formula 1: “We are delighted to welcome Mugello to the Formula 1 calendar for the 2020 season. I want to thank the promoter for all their hard work to make this happen. I know all our fans will be excited to see us go racing at this amazing circuit and Ferrari tifosi will be treated to a celebration of the team’s 1000th race. quote

Enrico Rossi President of the Region of Tuscany: “The Region of Tuscany is delighted to be hosting Ferrari’s thousandth grand prix, a historic date for sport on four wheels. We are sure of the fact that contributing to this very important sporting event of global significance, promoting it through our channels as well as we can, will bring prestige to Mugello and Tuscany as a whole.

“We will thus give our region a positive boost after a very difficult period. It fills us with pride to be able to say that this will be the Grand Prix of Tuscany. ”

Dario Nardella Mayor of the City of Florence: “To have Formula 1 at Mugello, in the metropolitan region of Florence, is a historic achievement that we have been chasing for years but never managed before. The fact that it is coming right now, at a moment of difficulty for our area, is even more meaningful and it will be a springboard to get our tourism and economy moving again.

“If we then add the anniversary of Ferrari’s thousandth Grand Prix then we can truly picture an event that will forever be part of the history of sport in Italy and Florence.

“I’d like to thank the Formula 1 organisers, Ferrari, ACI (Automobile Club d’Italia) President Angelo Sticchi Damiani, the former Minister of Sport Luca Lotti, President Enrico Rossi, Mayors of the Mugello area, the Union of the Mugello Municipalities and everyone else who has been involved in bringing this event to our part of the world. The city of Florence that I represent will have an active role to play in this event alongside the region as a whole. quote

Paolo Poli CEO, Mugello Circuit: “We are happy and proud to have finally achieved a goal that we have been chasing for a long time with the utmost determination: 106 years since the very first race took place on the street circuit, Mugello will host its first Formula 1 Grand Prix.

“We will mark this historic event with the distinction of a track that is unique in the world and the effort of our finest professionalism. My thanks today go to all the men and women who, over the course of a history that has lasted over a hundred years, with their passion and love for racing, have allowed us to achieve the ambitious aim of representing our country and region at the highest level of the world of motorsport. quote

The Mugello Circuit has placed environmental sustainability first for years, to the point of being the first circuit in the world to receive the FIA’s blue riband “Achievement of Excellence” certification for its performance regarding the environment, the highest level of the scale created by the International Automobile Federation.

To reach this standard, circuits must display serious work towards environmental management. To this end performance is measured and monitored regarding the impact its activities have on the surrounding environment – parameters that are continually identified and quantified.

The excellent sustainability of the facility has been recognised with the ISO14001 certification and the EMAS (Eco-Management and Audit Scheme) as well as by independent observers such as the “Playing for our planet” report produced by UEFA, WWF and Green Sport Alliance.

Furthermore, since 2013 programmes focused on sustainability have been carried out at the Mugello Circuit – such as “KISS Mugello” which reaches its peak towards the end of spring every year, when the circuit plays host to the Italian MotoGP Grand Prix. KISS stands for Keep it Shiny and Sustainable: the programme works towards making spectators aware of the importance of adopting suitable behaviour during major sports events, using their passion for motorsport as an incentive to inspire a similar passion for sustainability.

One of the objectives is to reduce the environmental impact of the event, with initiatives such as divided collection and recycling of waste products, in accordance with principles of circular economics – including used batteries, cooking oil and engine lubricants. Last year 39% of all the refuse produced at the circuit were managed in this way, 40 tonnes out of 101.

The cover of the main grandstand at the Mugello Circuit holds 252KW solar panels which supply up to 20% of the needs of the circuit, while the fittings of the terraces are made from an eco-active ceramic material that helps break down the most common pollutants from the air. Mugello Circuit is also a true ‘green lung’ which extends over 170 hectares, of which 120 are designated as green or forest.