Alfa Romeo: Early days but we have made progress 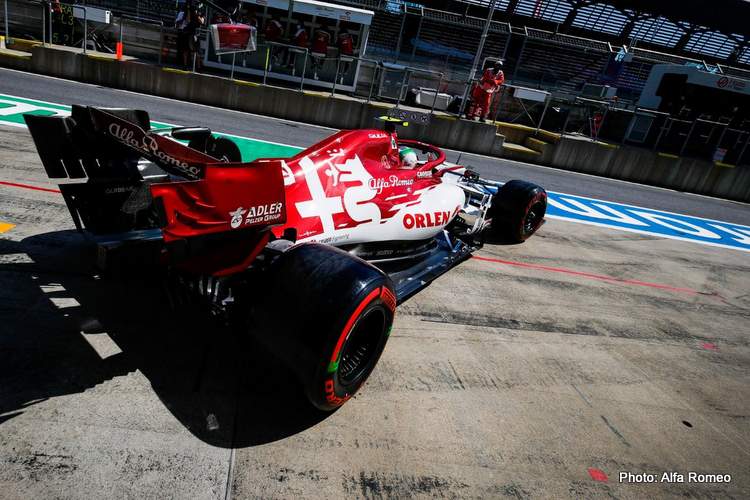 As Formula One, for the first time ever, experiences an encore of its opening race – rebadged from Austrian to Styrian Grand Prix in homage to the region hosting the track – teams are left to grapple with the never-seen-before characteristics of a double-header in a single location: the known unknowns, the known knowns, the ways to improve the cars’ setup with the heaps of data collected in one race weekend’s worth of running and the drivers’ knowledge of the track, shaped by the nearly 200 laps completed by each of them.

If being on track here felt a little like a déjà vu, at least there were other things that felt considerably different. Our pace has improved, the cars have made a step forward compared to the opening weekend of the year and we can look forward with a bit more optimism to tomorrow’s qualifying session. The road ahead is still long and there is a lot of work to do – but the direction is the right one.

Kimi Räikkönen: “It’s still early days in this second weekend here, but we can generally be a bit happier with how things have gone. We have understood the car, and how it behaves, a bit better, and I feel we have made a step forward.

“Of course, practice means nothing so we will need to wait until tomorrow afternoon to see where we stand. The hope is for a better weekend: it will be crucial to get to the chequered flag as it could be another race of attrition, but the aim is to be stronger and fight for the points.”

Antonio Giovinazzi: “I like to be racing here for a second week in a row. We have analysed a lot of the data from last weekend and our package seems to be working a little bit better. It’s still too early to know and we still have a long way to go, but we have made some progress.

“It will be interesting to see what weather conditions we get tomorrow: if it’s cooler or it rains, it would make quite a difference to the set-up. Like last week, the objective is to score points. It’s not going to be easy, but we need to believe in ourselves and give it a good try.”

Robert Kubica: “It’s always a nice feeling to be in an F1 car after such a long time. It’s never easy to jump into any car after five months, but especially so in one as powerful as these. All in all, however, it has been an enjoyable day: the car is quite balanced after last weekend.

“We did some evaluation work and we tried to improve our package. The team knows where we have to improve, what we see in the data matches what we see on track, so we will need to keep working on extracting the maximum from what we have.

“For the rest of the weekend, weather conditions may be very different so understanding the best way to get the tyres in their working window will be very important.”