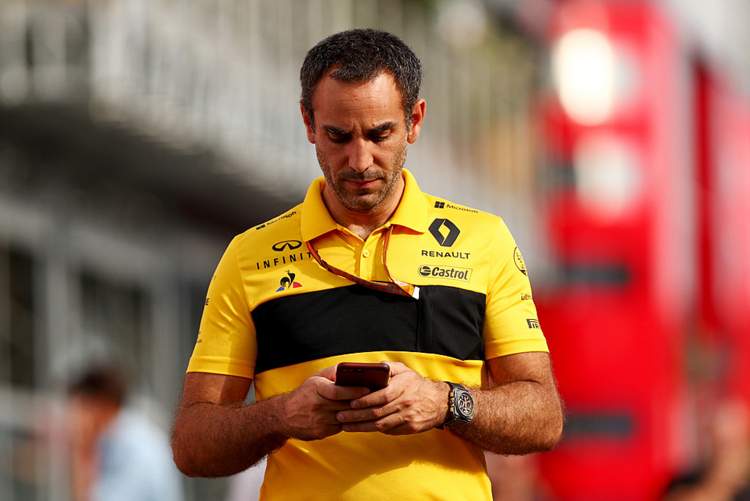 Cyril Abiteboul insists that Renault remains committed to its driver academy, despite the decision to sign Fernando Alonso for the 2021 season.

The two-time Formula 1 world champion will be 39 years old by the time the final season of the current regulations gets underway, while academy drivers Guanyu Zhou and Christian Lundgaard will be forced to wait for their chance.

Asked whether the decision to sign Alonso undermined Renault’s commitment to the programme, Abiteboul said that timing had largely influenced their decision.

“It is has been a mix of the things that I have mentioned previously,” he said.

“The timing was also important. I mean, in particular for the younger options that you mentioned coming from our academy and we, as I mentioned previously, we remain extremely committed to the Renault Sport Academy and in particular, Guanyu Zhou and and Christian Lundgaard in F2 who were the first natural people joining Formula One but that’s I guess one consequence of this year.

“We may have to wait until mid December to know if they have a super licence for next year. And that would not have been an option frankly. And going back to the others, I guess that above everything else, I would put the motivation and emotional in the feet, because talent is there.

“With Fernando the talent is also there with Vettel and Bottas, there is no doubt about that. But, you know, the mix of the mindset and motivation, were important elements, plus also timing of this crisis.”