AlphaTauri: We were able to bring several fixes and updates 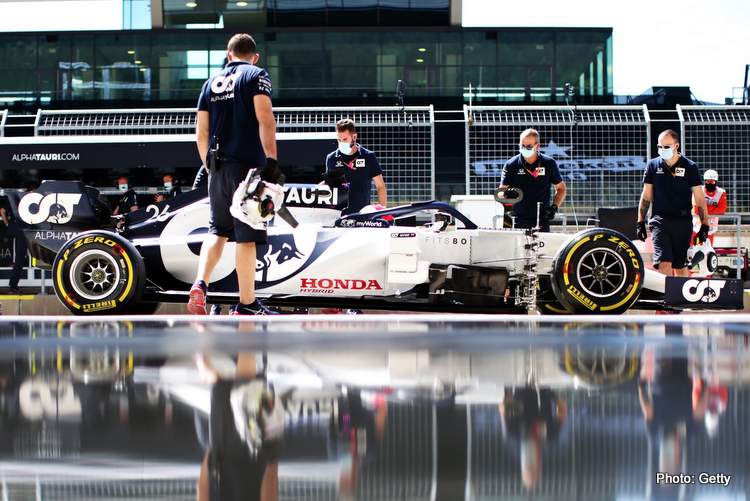 AlphaTauri duo Pierre Galy and Daniil Kvyat are going to have to find something extra to help them getting into Q3 in tomorrow’s qualifying for Sunday’s Styrian Grand Prix at Red Bull Ring.

The second ‘home’ team were just out of the top ten at the end of the day with Gasly’s best effort of 1:04.757 was good for 11th and a quarter of a second down on his teammate Kvyat in 12th.

This is what they had to say at the end of the day in Spielberg:

Pierre Gasly: “It was a positive Free Practice day for us! FP1 was quite a busy session, but I think we ran all the necessary tests we wanted to do. We tried a different set-up compared to last week, which helped us understand our car a bit better and I feel like we made a step forward. So, all in all it was a good start to the weekend. Let’s see what happens tomorrow with the weather. If Qualifying can take place and it’s wet, it could be an exciting one!”

Daniil Kvyat: “It’s a different Friday today as we do not know whether we’ll be able to hit the track tomorrow or not, so we tried to do a large amount of work. I wasn’t entirely happy with the car and I think we still have to improve. However, this is normal on Fridays, when there’s always something to correct for the rest of the weekend. Let’s concentrate on today’s data to understand what we can do.”

Guillaume Dezoteux, Head of Vehicle Performance: “After a good first weekend here at the RedBull Ring, we had a busy week preparing the cars. We had a lot of support from the factory and we were able to bring several fixes and updates to the cars for this weekend.

“Also, it was a unique opportunity for us to race again in the same location, therefore being able to test different things aimed at improving the limitations we had in last week’s race.

“Daniil spent his first free practice evaluating our new aero parts. Unfortunately, some small reliability issues prevented us from gathering all the data, but we could see that the updates we brought were going in the right direction. Pierre had an easier session and was able to test a few things on the setup side.

“Our programme in the second free practice was a bit different to usual. Due to the heavy rain expected for tomorrow and Sunday morning, there’s a real risk of not having a Qualifying session. Therefore, we pushed to try and get the best possible performance in FP2, as these times may define the starting grid on Sunday.

“We did three runs on the option tyres with both drivers, to finish P11 and P12, which is probably where we rank at this stage in the season. Following the Quali laps, we started a sequence of long runs during which we again evaluated our different aero configurations.

“We learnt a lot today and we have a lot of data to analyse now. Overall, this was a positive day and we are looking forward to some rain now to spice up the weekend.”