Vettel: For sure Red Bull would be interesting 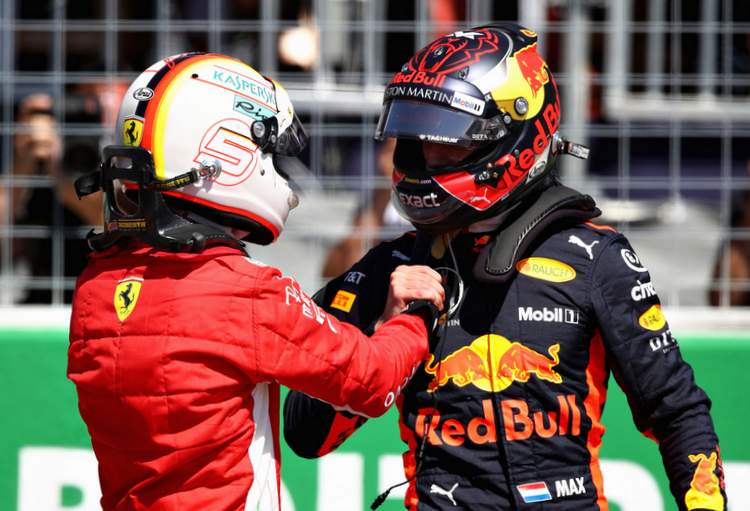 Four-times Formula 1 world champion Sebastian Vettel said on Thursday he would say yes to Red Bull if they were to offer him a seat for next season, although Max Verstappen indicated that was unlikely to happen.

Ferrari are not extending the German’s contract beyond this year, with Carlos Sainz coming in from McLaren to replace him, and Vettel faces an uncertain future with retirement a possibility.

Red Bull, with whom Vettel won his titles in 2010-13, have yet to confirm British-born Thai Alex Albon as Max Verstappen’s teammate beyond 2020.

“It’s a winning car. I’m here to compete, I’m here to win so probably the answer would be yes,” Vettel told a news conference ahead of Sunday’s Styrian Grand Prix in Austria when asked how he would respond to an offer from his former employers.

“I know how strong they are from the past…the team has evolved, so it’s not fair to say I know the team inside out, because it also has changed and moved on, but I know why they were strong back then.

“They are still I think a contender and it´s a car you can win races in, so for sure that would be interesting.”

The German’s options have narrowed since last Sunday’s Austrian season-opener, with Renault closing a door on Wednesday by announcing the return of double world champion Fernando Alonso for 2021.

Vettel confirmed he had talked informally to Renault about that vacancy and also revealed that Red Bull advisor and his mentor, Helmut Marko, was the first person he called when he got news of Ferrari’s disinterest in extending his deal

Verstappen, a multiple race winner who has a long-term contract with Red Bull, said he saw no reason for his team to change their lineup.

“I was just trying to be polite and nice by saying I could imagine it,” the Dutchman said of being asked on a Red Bull television show with Vettel this week whether he would welcome the German alongside.

“But I think at the moment the team is very happy with both of us. I am also really happy with Alex as a teammate, he’s a very nice guy in the team which is good for everyone…we both give good feedback to the team and he’s a fast guy.

“So I don’t think there’s any reason to change and I think (team boss) Christian (Horner) and (Red Bull motorsport consultant) Helmut (Marko) can back that up.”