Mercedes: We will run new components this weekend 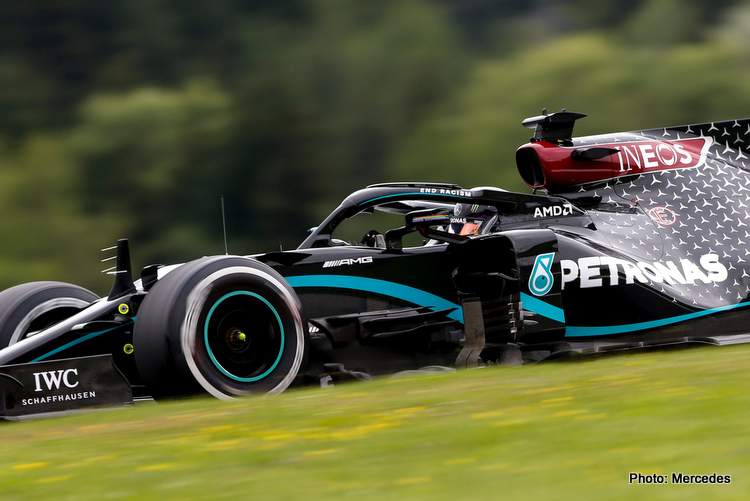 Mercedes once again romped away with a race, in which only a wayward moment by their star Lewis Hamilton prevented the World Champions from scoring yet another one-two, this time at last Sunday’s Austrian Grand Prix.

The ‘Black Arrows’ were untouchable throughout the season-opening weekend at Red Bull Ring, despite forcing their drivers to take it easy as their cars were in danger of expiring, but as usual – despite the red flags from the Mercedes pitwall – they never did and Valtteri Bottas took the first win of this topsy turvy season.

Team boss Toto Wolff reflected in his Styrian Grand Prix preview, “The result of the first race looks good on paper, but the reality is that we were fortunate to finish the race, reliability caused us real concern and it is something we are working on as our highest priority.

“In a shorter season with a yet to be a determined number of races, every point counts, so we need to improve quickly on that front.

“Our main problems were with the electrical components of the gearbox, caused by the aggressive kerbs in Spielberg. We first noticed the issue on Friday and immediately started working on mitigations for the next races, both at the factory and at the track. We will run new components this weekend to improve the situation.

“Valtteri showed a strong performance last weekend, controlling the race and staying ahead at the safety car restarts. Lewis did a good job fighting through the field and was unfortunate with his five-second penalty; he will use the opportunity to set things straight when we return to the track.

“I’m looking forward to another race in Austria this weekend. It’s unique to be racing in my home country on consecutive weekends, and a testament to all the hard work that has gone into the new protocols that enable us to go racing.

“The first grand prix of the season was a real nail-biter which delivered to the fans who had to wait so long for F1 to restart. With just a few days between the two events, there are still plenty of unknowns – and I think we can expect another exciting race,” predicted Wolff.