Honda: Max and Alex will use their same PU’s this weekend 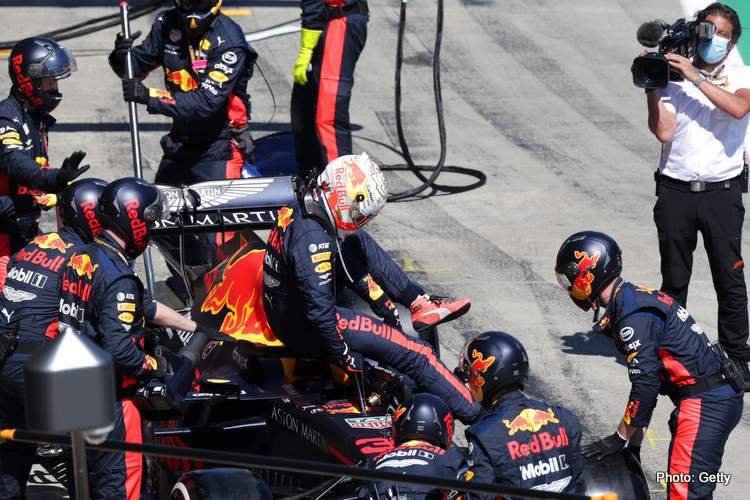 Honda have revealed that unrelated electrical issues afflicted both their cars, resulting in a double DNF at the season-opening Austrian Grand Prix last Sunday, and have put in measures to avoid disappointment at their home race again this weekend.

Verstappen’s race ended on lap 11 when his car ran out of power and coasted to a halt. Alex Albon was less fortunate, the Thai driver looking good for a podium, if not a win, but a late-race punt by Lewis Hamilton put an end to that, and perhaps triggered the issue.

Ahead of this weekend’s Styrian Grand Prix, again at Red Bull Ring, Honda tech boss Toyoharu Tanabe said, “The problems on the two Aston Martin Red Bull Racing cars in the last race were both electrical, but caused by different issues.

“We have been analysing both these matters together with the teams and we have put countermeasures in place for this weekend. As our power units do not have any damage caused by those issues, Max and Alex will use their same PU’s this weekend.”

“Although we had a tough race, it was great for Formula 1 that racing returned last weekend and that all the safety procedures put in place resulted in everything running smoothly and safely.

“This weekend, we race at the same track – the first time this has happened in the championship’s history. It means that our data is up to date and relevant, although one factor that could affect our work is the forecast for rain and even thunderstorms over the coming weekend.

“This weekend, we must aim to finish the race with all four cars and achieve a good result with them,” added Tanabe.

For Red Bull, redemption at home is still possible as Verstappen has won at the venue twice before last Sunday and it appears the package has the pace to challenge in race trim but reliability will have to be the focus to allow their drivers to take the fight to pace-setting Mercedes.