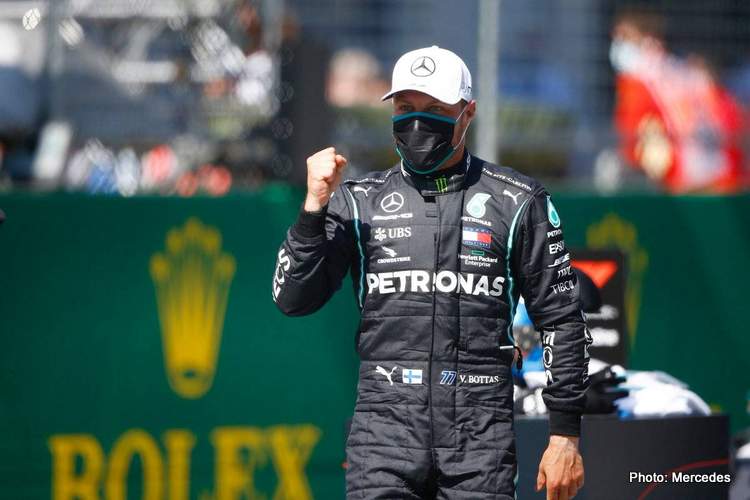 Valtteri Bottas and Charles Leclerc are under investigation by Formula 1’s governing body for an apparent breach of Covid-19 protocol, ahead of the Styrian Grand Prix at Ausria’s Red Bull Ring

Bottas, Lewis Hamilton’s team-mate at Mercedes who leads the championship after winning last week’s race here in Austria, and Leclerc both flew back to their homes in Monaco after Sunday’s round.

The second grand prix of the season takes place at the same Spielberg venue this weekend.

Under new rules drawn up during the Covid-19 era, all F1 personnel are required to remain within their so-called ‘bubbles’ between races. But a picture of Ferrari’s Leclerc on social media appears to show him posing with a waiter at a Monte Carlo restaurant earlier this week.

Bottas’ bubble consists of girlfriend Tiffany Cromwell and trainer Antti Vierula. The Finn also posted to Instagram while in Monaco. He arrived back in Austria by plane on Thursday. Hamilton has remained on site at the Red Bull Ring this week.

Article 3.14 of the FIA’s Covid-19 Code of Conduct reads: “Any time that Profile 1 Attendees spend outside the Venue during a Covered Event or between Covered Events must be spent with other members of the same Group, keeping interaction with persons outside that Group to a minimum.”

The FIA are now looking into both drivers’ movements to see whether they have broken any rules.

A Mercedes spokesperson said: “Valtteri remained in his bubble and maintained Covid testing protocol, being tested in Monaco on Tuesday and again today at the track.”