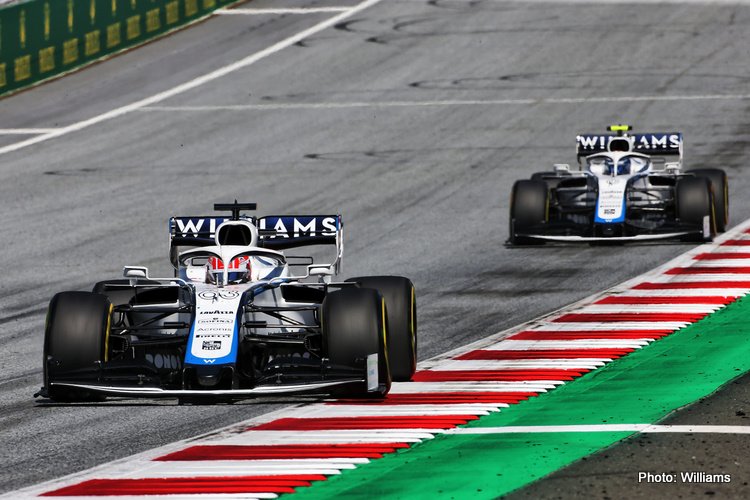 Announced in May as part of a “new strategic direction”, the Grove outfit is considering measures up-to-and-including a complete sale of the team, in order to help restore its place as a competitive F1 team.

“There is not a whole lot more news other than to say the process is going well and we’re really happy with the interest that we’ve received and the quality of that interest has been really strong as well,” she told the official Formula 1 website.

“It’s a process and it’s going to take a little while to go through that. As and when we can make an announcement, we will.

Just missing out on points in the first race of the season in Austria, Williams will be hoping the improvement shown in the 2020 car over its predecessor will give further confidence to potential investors, of which the current list is believed to include Russian Dmitry Mazepin, Israeli Chanoch Nissany (father of Williams test driver Roy) and Canadian Michael Latifi, whose son Nicholas currently drives for the team.