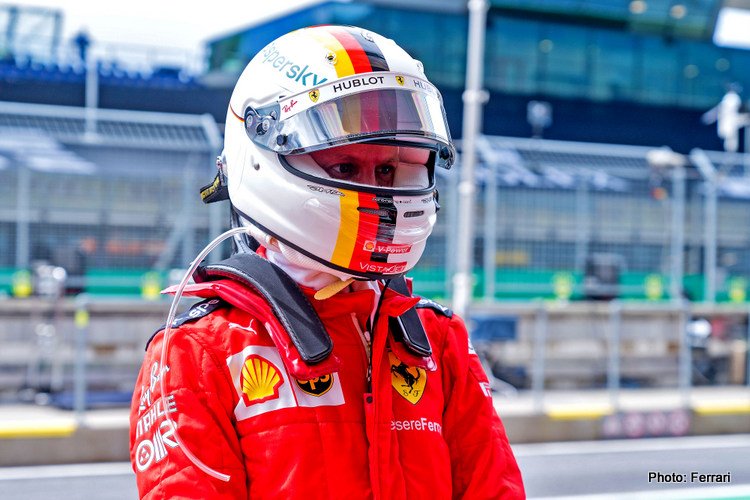 Sebastian Vettel and Ferrari would do better to cut ties now than extend the current ‘scenario’ any longer, says Formula 1 pundit and former-driver Mark Webber.

Vettel endured a miserable opening round to the 2020 Formula 1 season at the Austrian Grand Prix, starting 11th on the grid after going out in Q2 and finishing the race just inside the points.

The four-time world champion also collided with Carlos Sainz at turn 3 after making an ambitious move up the inside, which sent him into a familiar spin.

Webber, who partnered Vettel Red Bull for five seasons, said after the race that the sooner the German splits from Ferrari, the better.

“The relationship is over,” Webber told the In the Fast Lane podcast

“The chemistry is gone, the marriage is over. Sebastian is dressed in red, he’s driving a red car but he’s there for himself. In some scenarios you’d wish that it could be over now, because that’s pretty much how it’s looking.

“From a dynamic perspective, I think Sebastian was empty after the race. I think the Seb scenario, the sooner that’s over, the better for everyone concerned.”

Now into his sixth year with Ferrari, it was confirmed over the off-season that Vettel would leaving the team by mutual consent at the end of the 2020 season.

However, the 33-year-old revealed prior to the Austrian Grand Prix that discussions about a new deal never began.

“I think it surprised most of us, Sebastian probably the most,” Webber said.

“Even the way he was told, over the phone and not making an effort to get in front of him. Clearly that relationship, or the dynamic of how that was going, wasn’t healthy and they thought it was best to not continue. You can’t be half-pregnant with these contracts. It’s not like it was a one-year contract, or the stuff the press was trying to talk about that Sebastian was going back to them and wanting a more long-term agreement. But that wasn’t even tabled. It wasn’t something Ferrari weren’t even considering.”

Many have speculated that Vettel might look to retire at the end of the year, but Webber believes he still has more left in the tank.

“I think he still has a chance to get something in ’22. Who knows, maybe ’21 at Red Bull? I think he needs to get the energy and re-invent himself and de-Maranello his mind, in terms of trying to get that energy back. It’s just slowly spiralled in a downward cycle with his relationship with Ferrari. I think it’s a bit early [to talk legacies]. We can chat about that when the day comes. I think he’s still going to be on the grid in the future, whether it’s ’22 or ’21. I think he’s still got a bit left in him.”