Källenius: Not everything you read in the media is true 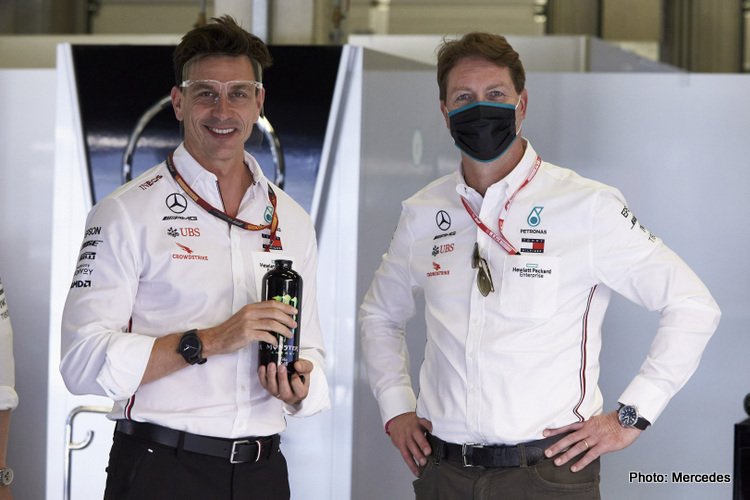 Mercedes CEO Ola Källenius has dismissed talk of a rift between himself and Toto Wolff is untrue, while confirming his commitment to Formula 1 and his drivers.

Per previous reports, Källenius and team boss Wolff have not seen eye-to-eye on a number of issues, but the Swede insists there is no animosity between the two.

“Well, not everything you read in the media is true,” he told Sky Germany. “Toto and I are very close. We speak quite often. I’m very happy to be here and support the team after all the hard work that they have done over the winter.”

Nevertheless, Wolff is yet to sign a contract extension beyond the end of this season, nor is Mercedes yet to commit to a new Concorde agreement, although Källenius suggests the work done to move the sport forward will see his company continue to participate.

“I think there are two things that are very important for the future of Formula 1. It’s on the one hand to reduce the cost basis, and a lot of work has gone into that.

“We have been instrumental in defining what that new cost basis should look like, which will make the sport more financially robust.

“The other thing is we have the best hybrid technology in the world in Formula 1. We can take that forward towards a CO2 neutral sport, all together.

“We have also presented a plan how we step-by-step will make this more sustainable. Those two things, financial sustainability and CO2 neutrality: that is a good future for F1 and Mercedes in F1.”

As to the question of who will be driving the Silver Arrows next year, Källenius made it clear he intends to stay with incumbents Valtteri Bottas and Lewis Hamilton.

“We’re staying with our two boys,” he said. “With Lewis and Valtteri we already have two top drivers who perform at the highest level.

“We stand by the two drivers that we have now.”